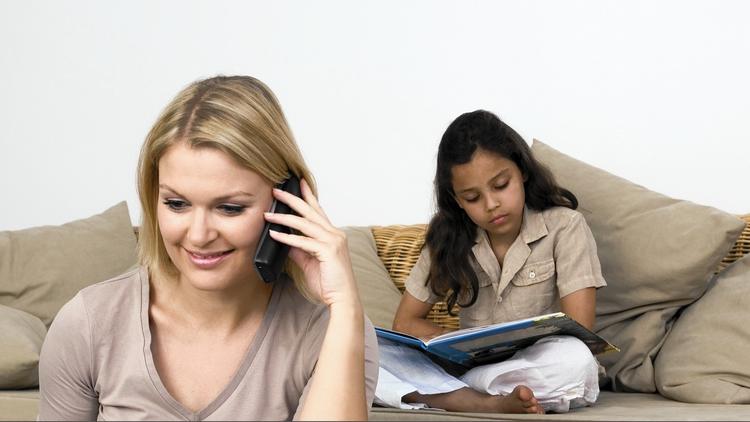 Snapping green beans over the kitchen island, my 9-year-old and I were chatting about everything and nothing when she looked up and said, “Mom, I really wish you wouldn’t talk about me to your friends.”

I put down the beans. I knew the incident she was referring to, one that I thought was benign enough. But the way she said it, with such maturity, it was one of those Freaky Friday moments. Like in the movie, where the mother and daughter “wake up” one day in the other’s body. One of those step-back, pause, walk-a-mile moments where I really thought about how would I feel if I was the kid, and my mom was spilling all our personal business.

I thought about all the times I’ve noticed (OK, judged) other moms at parties, sipping cocktails and swapping stories while their children hover near the grown-up table, one ear listening, both pretending not to be. I didn’t want to believe I was part of that group. The group of well-meaning women just enjoying a brief, much-needed, mommy-bonding moment, forgetting that their kids are somewhere over there, utterly confused and dying of embarrassment.

But this is no new parental oversight. Dr. Katherine Reeves, professor of child development and family relationships at Cornell University in the 1950s and early ’60s, wrote about it in an era of “children should be seen and not heard,” stating that “such conversation gives sanction to two kinds of behavior (which adults often at great pains try to teach children not to indulge in) — namely, gossiping about other people and eavesdropping on adult conversation.”

Not to mention, the issue of respect. Something that, even in this day and age, most of us strive to model, and certainly demand, yet in certain moments, usually brought on by stress or fatigue, can become so elusive when it comes to our children (we’re not hearing you, and we’re not seeing you, either).

Reeves said that one of the great needs of the child, and one that does not diminish greatly with age, is to feel that not only is he accepted by the important people in his world — and all grown-ups are important in a child’s world — but also that he is respected.

“A child doesn’t have the words to label the relationship that accords him respect for what he is and what he tries to do, but he has the feeling,” noted Reeves. “And when this feeling is violated, as it must be when he must stand by and know that he is the subject of secretive conversation (or of conversation that is not at all secretive but that is disregarding his presence), he loses a little of his faith in the grown-up world.”

I certainly hope my daughter’s faith in me isn’t shaken, but it’s worth making a mental note. Though she didn’t say it in so many words (and though I hope I’m not guilty of them all), here are some of the things I think she, probably most kids, would like us to just quit saying.

1. “She’s shy” or “hyper” or “my responsible one,” etc. Really, Mom, I am so much more than one personality trait on any given day, and the surest way to pigeonhole me is to buy into the label yourself — and announce it, over and over, in my presence.

2. “Sorry” (for my whiny child, my tired child, my dirty child … even my bratty one). I’m sure your mom friends have all been there. They understand without you having to explain it.

3. “You gotta hear this song … this joke … this thing she did for us.” If I’m itching to perform, and recreate that very personal moment we shared in the privacy of our own home, believe me, I’ll let you know.

4. “I’m on a diet.” Please, Mom, unless you are under a doctor’s orders to lose weight (and I understand this), please refrain from giving my impressionable self the idea that being thin is something I should aspire to.

6. “My kid will do it.” If you’re going to offer me up for something, could you at least pretend that you’re asking my permission first? I really don’t like to be “voluntold.” Do you?

7. “Girlfriend, I don’t even remember last night ….” Just so you know, my child mind is probably not ready for this, may misinterpret it and will likely use it against you in therapy one day.

8. This “funny,” “crazy” or “unbelievable thing my daughter said.” It may, in fact, be hilarious (to you), but I will likely only remember the ensuing laughter and humiliation.

9. “I promised her I wouldn’t tell, but ….” C’mon, Mom. Talk the talk. It will give me another reason to respect you.

10. “She” in her presence. (“She’s pushed every one of my buttons today.” “She won’t wear anything but those ratty jeans.” “She never listens to me.”) Well, I’m listening now. And I’m wondering, Mom … why don’t you just talk to ME about it? 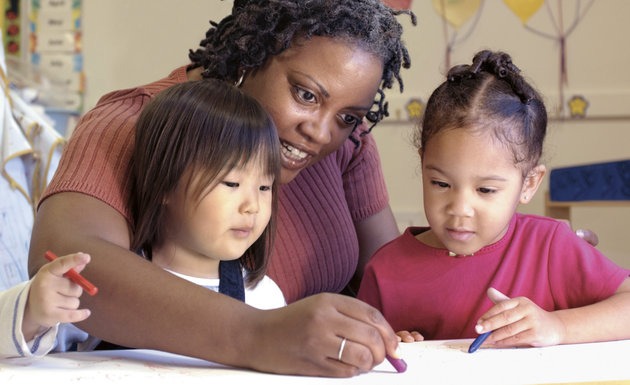