While hoverboards are all the rage with kids, parents have safety concerns 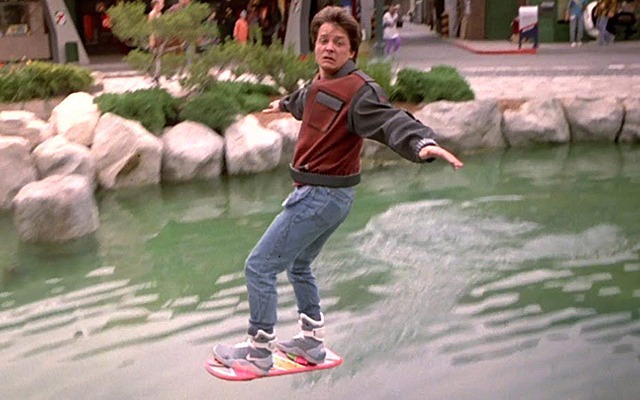 Doris Yadav’s sons pleaded for a hoverboard for Christmas. The boards were all over the Internet and just looked so cool.

But Yadav, who lives in Frankfort, was skeptical. She had heard stories about the two-wheeled, motorized boards catching fire. A Best Buy salesman even advised her against buying one.

Her sons, Sachin, 14, and Shaan, 13, persisted even after Christmas Day had passed.

“So I thought, ‘OK, well, I’m going to get it,’ against my better judgment, mind you,” Yadav said after an online search brought her to the Swagway X1, which was available on Amazon for $600. “I’m still not happy that I got it, but they just bugged and bugged and bugged me about it.”

For her husband, Vijay, the main issue was the board’s price. But he eventually relented as well. Now, she only lets her sons charge the hoverboard in the garage, away from the car and walls. And they never charge it when the family is out.

“I’m keeping my fingers crossed every day that nothing happens,” Yadav said.

But those who found a hoverboard under the Christmas tree — or got one soon after the holidays — may be running out of places to take it.

Dozens of consumers have reported fires or injuries, and Illinois universities have told students returning from winter break to leave the devices at home. Metra also announced Friday that it would prohibit hoverboards on its trains.

A hoverboard purchased by Doris Yadav for her two sons sits in the family’s garage in Frankfort while it charges on Jan. 16, 2016. She insists the hoverboard stay in the garage while charging in case it catches fire.

While hoverboards have risen in popularity, they also have raised concerns about safety. Users have reported that their boards, powered by lithium-ion batteries, have caught fire while they were riding or charging them. Others have had to visit the emergency room after a fall or collision. Videos of a board bursting into flames during a rider’s first try or celebrities wiping out have raised some eyebrows.

Last week, the University of Illinois at Urbana-Champaign told students that starting Monday it will ban the scooters from all university buildings. Students caught with the boards could face disciplinary action.

“Our main priority is always to keep our students safe,” said Robin Kaler, a university spokeswoman.

U. of I. will treat hoverboards like rollerskates and skateboards, which already are banned in university facilities. Students will still be able to use hoverboards on sidewalks, but the university will “ask people to use proper safety gear and be respectful of others,” Kaler said.

Eastern Illinois University in Charleston and Bradley University in Peoria told students last week that the devices were barred from university housing.

At the College of DuPage, Vice President of Student Affairs Earl Dowling said hoverboards have been on the school’s radar since students returned from Thanksgiving break.

“We started noticing a few — I think six — a few students with hoverboards and they were using them inside, so that quickly got my attention,” Dowling said.

COD recently emailed students that hoverboards were banned inside college buildings, but they could still use them outdoors “to their heart’s content,” he said.

“Riding a hoverboard or a motorized scooter or whatever you want to call it down a crowded corridor during class changes is not a good idea,” he said.

Amid the university announcements, Metra told commuters that anyone caught with a hoverboard would be kicked off its trains. Don Orseno, Metra’s executive director, said in a statement that “while there have been no incidents on Metra, we simply want to be proactive by banning this potential fire hazard from being carried on our trains.” Amtrak also has banned hoverboards, as have major U.S. airlines.

A so-called “hoverboard” doesn’t actually hover a la “Back to the Future Part II.” It’s more like a miniature Segway without the handlebars. Users stand on the board, which has a single wheel on either side, and shift their weight to make it move. Some just call it a self-balancing or hands-free electric scooter.

The small but energy-packed lithium-ion batteries inside hoverboards are also used in smartphones and laptops. Such batteries can be faulty, and Wired recently reported that consumers cannot predict whether a hoverboard might be unsafe — even if it’s a more expensive brand.

Earlier this month, a family reported a fire in a Fox River Grove home. A hoverboard had been left charging in the family room overnight when it caught fire, local news stations reported at the time. Before firefighters arrived, the family had put out the flames with a fire extinguisher.

On Amazon, hoverboards are now available starting at about $400. In December, Amazon removed many hoverboards from its website, citing safety concerns, and asked manufacturers to prove that their products complied with safety standards. The retail giant later allowed popular brands like Swagway to return to its site.

But Swagway is now facing scrutiny after Northbrook-based Underwriters Laboratories, a company that provides product safety testing and certification, accused Swagway of marketing and selling hoverboards with fake safety marks.

The commission is now testing different models at a Maryland facility. It has warned consumers to never leave a hoverboard charging without someone there to watch it. It also recommends that riders wait an hour for the device to cool before charging it.

Falls and collisions are also a concern: CPSC has received reports of more than 70 injuries treated at emergency rooms. Reported injuries have included concussions, fractures, bruising and internal damage, according to a statement from the CPSC chairman. The commission suggests wearing a helmet, kneepads, elbow pads and wrist guards.

Most hoverboards weigh about 25 pounds and can carry a total of 220 pounds or so. Some can go as fast as 12 mph.

Dr. Steven Chudik, an orthopedic surgeon and sports medicine specialist at Advocate Good Samaritan Hospital, said he has started to hear about patients with hoverboard-related injuries.

“It’s very easy to lose your balance and fall, and you’re falling from a standing position, so you can get enough momentum to do injury to your body,” Chudik said.

He expects to see scrapes, bruises, sprains and fractures to hands, wrists, elbows, shoulders or knees — similar to common skateboard injuries. But he is concerned about possible head injuries.

“If you hit your head too hard, there could be fatal injuries or permanent injuries — things we can’t fix,” Chudik said.

He said all hoverboard riders, especially beginners, should wear the same gear as bicyclists, have someone watch them while they ride and use the device in a place they know well. Riders can run into dangers both indoors and outdoors, Chudik said, from rugs and chairs inside to pedestrians, bicyclists and drivers or cracks in the sidewalk outside.

Still, if hoverboards become a common method of transportation, Chudik said he could see manufacturers building models for people with physical limitations or past injuries.

For the Yadav family, the boys quickly learned how to balance themselves and ride their hoverboard. (On the box, Swagway promises that it takes “less than five minutes to master” the board.)

“Shaan almost fell that first day. You’re denying it, but you did,” Doris Yadav said as her sons played in the driveway Saturday afternoon.

“Now they’re so used to it. They do all kinds of tricks on it,” she said. “I still feel like they should probably be wearing a helmet or some kind of protective gear or something.”

Before Yadav bought the Swagway X1, she said she went to Orland Square Mall in search of hoverboards and found a man selling them at a kiosk. He told her the boards, each about $300, came from China and had “certified” batteries. He did not know the name of the organization that had certified them, and Yadav decided to look elsewhere.

The boys won’t bring their hoverboard to school, she said. It’s too heavy. And after a man shot a 16-year-old girl in Atlanta while trying to steal her hoverboard earlier this month, Yadav would rather her sons keep the board at home.

Tony Fouch Jr., a local rapper also known as Zekey Boy Da Man, tried his 12-year-old brother’s hoverboard after he left it lying around the house.

“When I first got on it, it was terrible. I kind of destroyed a few things in the house,” Fouch said. The 23-year-old almost fell and swore he’d never try it again. But he soon figured out how to balance himself and spin around. “I got the hang of it now, so I’m a professional now.”

Fouch, of the South Side, said he has only used his brother’s board indoors. But he plans to get one of his own and go outside with it when it’s warmer.

“Maybe if I go outside I’ll be a little more cautious,” he said.

He said his mother bought the hoverboard on Bloomingdale’s website for about $500 as a Christmas gift. His father, a firefighter, warned them about the potential fire hazards. But Fouch said he’s not worried because his brother’s board wasn’t cheap.

“It was addictive for me,” Fouch said. “I never want to get off it now.” 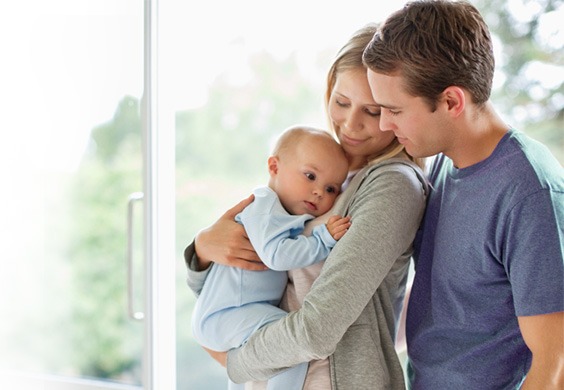 The Big And Small Moments That Make Parenting So Utterly Wonderful