Janesville woman recalls bullying that made ‘my life hell’ JANESVILLE—Angelia Babcock recalls sitting in her bedroom and rubbing a sharp knife back and forth on her wrists.

She prayed for strength to slash herself.

But she could not.

One day, she tied a noose from the sash on her bathrobe and walked to her bedroom closet.

She discovered the bar holding up her clothes was too low to hang herself. 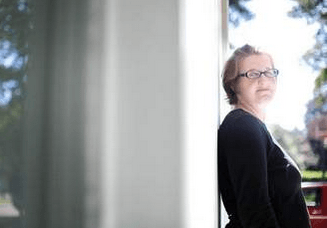 Angelia Babcock recalls how one popular student, Scott Rooney, helped her survive bullying in school. The Janesville woman has started a movement, ‘Be a Rooney,’ to encourage other students to stop the abuse.

On another day, she thought about swallowing pills.

At 13, Babcock considered taking her life many times.

She largely blames bullying at school, especially in the seventh grade, for her desperation.

“Anything had to be better than what I was going through,” she said.

“Three are right at the age when it all went downhill for me,” she said.

The 1999 Parker High School graduate doesn’t want her children or anyone else’s children to suffer as she did more than 20 years ago.

On Sept. 1, she started an online anti-bullying campaign, which encourages kids to stand up against bullying and to embrace others who are different.

She calls it “Be A Rooney” for good reason.

When she was struggling, a classmate named Scott Rooney offered friendship.

“One kid in my grade decided he wasn’t going to make my life hell,” Babcock said. “He began walking me to and from school. He offered support and listened to me. He never judged me or made me feel bad about myself.”

Rooney treated her with respect.

“He was the one person who gave me back my dignity,” Babcock said. “He called me by my name. He let me feel like a human being.”

But mostly, she suffered at the hands of bullies.

Here is how Babcock described her experience at Franklin Middle School in the mid-1990s:

Students threw food at her in the hallway.

They pinned her against the wall, while others created a half circle around her. Those in the half circle held their arms cocked, ready to punch her.

They screamed in her face and told her she did not deserve to live.

They called her “Narc” and worse, but never by name. They told her that “snitches get stitches.”

Because her family did not have much money, Babcock wore hand-me-down clothes and thick glasses. She also had a large hereditary gap between her two front teeth.

At first, those were reasons enough for others to bully her.

Then, in seventh grade, she witnessed a popular kid accidentally break a window. She told a teacher, just as adults taught her to do. She also told the teacher it was an accident.

“I was victimized even more,” Babcock said. “Most of the class turned on me. I was threatened daily, punched, kicked, slapped and spit on.”

“He had no clue what he was doing for me,” Babcock said. “He was just being himself. He gave me a glimmer of hope that not all people are bad, and someone cared about me.”

After a time, Rooney stopped walking with Babcock to school.

In her sophomore year, Babcock played three different instruments and was in several school music groups.

“I spent three hours a day playing instruments,” she said. “Then, I played at home. Music was my life.”

She quit playing when she got bullied in music classes.

She never revealed the real reason when her band teacher asked why she was leaving.

“I couldn’t tell him that it meant three fewer hours of bullying a day,” Babcock said.

That’s not all she gave up.

She loved figure skating and earned money to pay for her lessons. But she stopped skating because of bullying at the ice arena.

She also quit school sports, including swimming, volleyball and running.

“I just wanted to go home after school,” she said.

When she graduated early, she thought: “Thank God, it’s over.”

Babcock launched “Be A Rooney” after reading about young people who have taken their own lives. Among things they struggled with was bullying.

She contacted Rooney, who had no idea how his kindness affected her so many years ago.

“I vaguely remember walking her to school,” he said. “I talked to her like a human being. I guess that made all the difference in the world at that point.”

The Janesville man is honored Babcock’s campaign bears his name.

He said people often have no idea how much their words affect someone’s life.

“Everyone is going through something,” Rooney said. “This could be a time when they really need someone. The words you give them could hurt them tremendously.”

Rooney has a son, Kaden, in third grade.

“When kids get bullied, those around them need to step up and say it is not OK,” Rooney said. “They need to know it is not cool to be a bully.”

Babcock hopes to turn her campaign into a nonprofit group, with people taking the Rooney pledge.

The pledge asks a person to stand up against bullying and to treat all people with dignity and respect.

In addition, the pledge asks a person to be a friend “to those who are different by offering support and encouragement.”

Eventually, Babcock and others hope to tell their stories in schools to encourage good behavior.

Kids who are bullied often don’t say anything “because if you do, it makes it worse,” Babcock said. “It ramps up the bullying. What we need is a program to change the mindsets of youth.”

She cited a fact from the National Center for Educational Statistics: Bullying is cut in half when peers intervene on behalf of the person being bullied.

Babcock works as a certified nursing assistant and wants to be a registered nurse. She said she focuses on the joys in her life until she hears about children being bullied.

“Then I relive it again,” she said. “School should always be a safe place. We have to teach kids to do the right thing.”

Anna Marie Lux is a Sunday columnist for The Gazette. Call her with ideas or comments at 608-755-8264, or email amarielux@gazettextra.com.

The policy prohibits any form of bullying by students toward other students, school employees, volunteers or other people.

The policy also spells out consequences in the school-discipline code for bullying. But the focus is on prevention and intervention, which is more effective than punishment, Wesling said.

Bullying is prohibited on district grounds, district-related events or sponsored activities, and on transportation to and from school.

School employees who are found to have helped or taken part in bullying against students or to be aware of it without reporting it are subject to disciplinary action.

Schools may have assemblies on bullying prevention or talk about the topic in classrooms, Wesling said.

Every year, the district conducts a student survey with specific questions about how students treat each other and how they treat students who are different.

“We have almost 10,000 students,” Wesling said. “Some are compassionate and understanding. Some are not.” 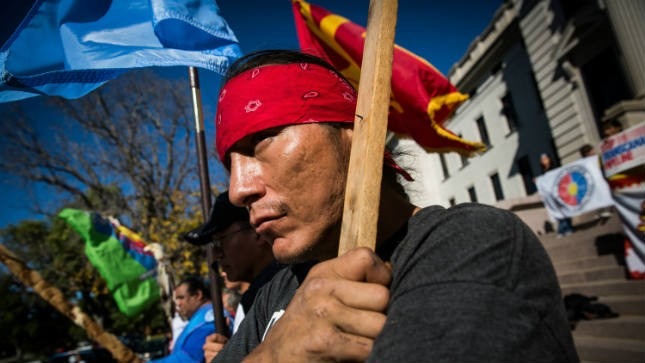