They say their report confirms what public health experts have suspected for years — that advertisers of junk foods find a lucrative audience among minorities.

And the researchers who wrote the report say it helps explain why black and Hispanic kids are more likely to be obese than their white peers.

The report finds that African-American children and teens see 70 percent more food-related TV advertising than white kids do. They also see twice as many TV ads for candy, sugary drinks, and snacks, according to the team at the Rudd Center for Food Policy & Obesity at the University of Connecticut, the African-American Collaborative Obesity Research Network and the University of Texas Health Science Center at San Antonio.

“This is a clear case of tactics that must be profitable from the business perspective but at the cost of fostering an environment that promotes poor health in black and Hispanic youth in particular,” said Shiriki Kumanyika, Chair of the African American Collaborative Obesity Research Network, which studies obesity among black Americans.

Study after study shows that Americans — and people in most other countries, too — are getting fatter.

The latest study shows 28 percent of Americans are clinically obese, and that nearly 30 percent of U.S. children and teens are either obese or overweight, up from 19 percent in 1980.

And blacks and Hispanics are far more likely than whites or Asians to be overweight.

While it’s hard to demonstrate that advertising directly causes people to eat too much unhealthy food, the way companies advertise certainly reflects and reinforces preferences, the research team said.

“Previous research has shown that black and Hispanic youth receive a ‘double dose’ of food marketing that promotes products high in sugar, saturated fat, and sodium,” they wrote.

“Compared to white non-Hispanic youth, they are exposed to more food advertising in the media, as well as more marketing messages in their communities.”

The team did an in-depth analysis, looking at 26 restaurant, food, and beverage companies, including all companies with $100 million or more in advertising spending in 2013. They also examined the companies taking part in the voluntary Children’s Food and Beverage Advertising Initiative industry self-regulatory program.

“Systematic searches of marketing trade press and reports, companies’ annual reports, and press releases from 2012 to 2014 identified statements about their targeted marketing practices,” the report reads.

“To identify brands with TV advertising targeted to black and Hispanic audiences, we utilized syndicated market research data from Nielsen.”

They found three brands advertised heavily on Spanish-language television and not at all on English-language broadcasts: 7 Up, Kraft Mayonnaise, and Fuze Iced Tea.

They’re careful not to blame companies doing what they need to do to stay afloat — advertise and try to sell products.

“In evaluating companies’ targeted marketing practices, it is important to recognize that food and beverage marketing designed to appeal directly to Hispanic and black consumers is not problematic in and of itself,” the researchers write.

“Hispanic consumers spend more than an estimated $1 trillion per year, and they represent one of the largest and fastest growing demographic groups in the United States. Hispanic households also tend to be larger and younger than other households, making them an especially attractive market for consumer goods, including food.”

It does make good business sense, the researchers noted.

“However, this research demonstrates that racial-ethnic targeted food marketing likely contributes to health disparities,” they added.

None of the companies contacted by NBC News responded. Nor did the American Beverage Association, which represents soft drink makers.

Advocacy groups should work harder to pressure companies to lay off advertising the least-healthful foods to blacks and Hispanics, the researchers added.

And everyone should be aware of the bombardment kids are under. 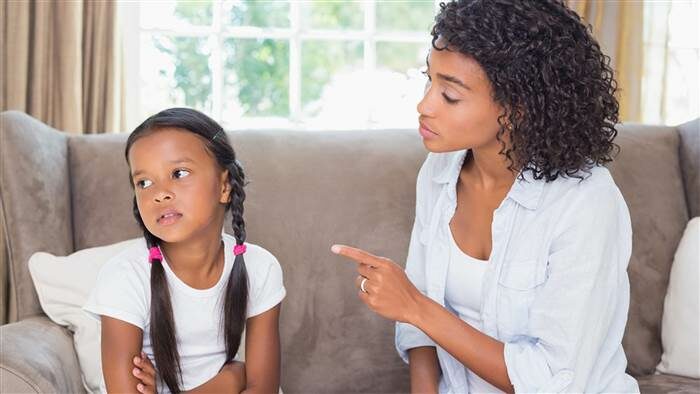 This is the most effective way to discipline kids, according to science