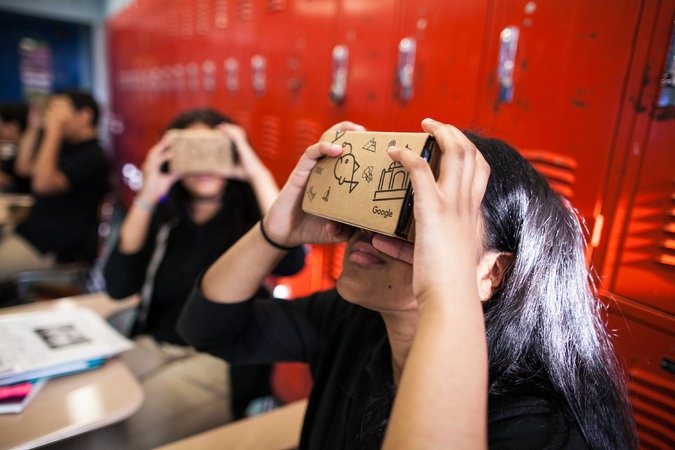 As part of a class last year on “Romeo and Juliet,” Jennie Choi, an English teacher at Mariano Azuela Elementary School in Chicago, took her sixth-grade students on a tour of Verona, the Italian city where Shakespeare’s play transpires.

During the excursion, Ms. Choi asked her class to examine the variegated facade of a centuries-old building, known on tourist maps as “Juliet’s House,” where the family that may have been the inspiration for the fictional heroine once lived. She also encouraged her sixth graders to scrutinize the deteriorated tomb where they could imagine the Juliet character had died.

But the students did not have to leave their Chicago classroom to take in the play’s Italian backdrop. Instead, as part of a pilot project for a newGoogle virtual field trip system for schools, Ms. Choi’s students tried out virtual-reality viewers — composed of cardboard and a cellphone — while their teacher used an app to guide them through stereoscopic vistas of the Italian town.

“It doesn’t work to stand in a class of 12-year-olds and just lecture,” said Ms. Choi, explaining that many students already had access to devices like smartphones, laptops and gaming systems and thus were accustomed to obtaining information immediately and visually. So Ms. Choi jumped at Google’s offer to collaborate on a virtual excursion to Verona for her students. “I think they gained a deeper understanding of the story,” Ms. Choi said.

On Monday, Google plans to begin offering the field-trip simulation system, called Expeditions, free to schools as part of a company effort to further develop the technology.

The introduction of Google’s virtual-reality kits for classrooms highlights the growing importance of the education sector to major technology companies — and the mounting competition among them. In 2006, for instance, Google introduced Apps for Education, a bundle of cloud-based email, calendar and document-sharing products available free to schools.

Now, 45 million students and teachers around the world use the apps, the company said. Microsoft has also developed a substantial school audience for its email, search, calendar, Skype and other software. This month,Microsoft introduced several new products for education customers, including a note-taking app called OneNote Class Notebook.

But the advent of Google Expeditions is also indicative of an industry strategy shift. Some leading tech companies have recently made a decision to focus on designing products specifically for classroom use, rather than simply modifying their existing consumer or enterprise products and then marketing them to schools.

Last year, Google introduced Classroom, a free app that teachers can use to create, collect and comment on student assignments. This month,Facebook announced that company engineers were working with Summit Public Schools in California on software to customize learning to individual students.

“There was very little precedent for using this technology in schools,” Ben Schrom, a product manager for Google Apps for Education, said last week. “We really feel we are breaking that cycle of giving schools yesterday’s technology.”

The idea of virtual field trips is not new. Some teachers have for years used Microsoft’s Skype videoconferencing service to take students on tours of important places or to invite outside experts to virtually visit their classrooms.

Google’s virtual field trip system, though, is more immersive. And it adds to the array of Google tools that make far-flung places more discoverable — albeit filtered through Google’s lens.

Expeditions uses 360-degree views that stitch together photographs from Google Street View, a product that displays images of roads. The company is also using a 16-camera system, built by GoPro, to create three-dimensional images for the virtual excursions.

Google is currently offering Expeditions free to schools, but the company may eventually charge for the systems.

“I would certainly see a scenario where we sell these kits to schools,” Mr. Schrom said. “It depends on how successful we are at driving the costs down to an accessible place.”

The Google kits available to schools contain the company’s cardboard viewers along with Asus smartphones to be used as virtual field-trip screens for students. Teachers use an app to guide the trips and can pause excursions when they want to ask students questions.

As part of the program, Hector Camacho, a 12th-grade economics teacher at Saint Francis High School, a private Catholic school in Mountain View, Calif., created a “Great Recession Tour” of Manhattan. It takes students to the former headquarters of Lehman Brothers and the offices of Goldman Sachs and federal regulators involved in the fiscal crisis of 2007-8.

Mr. Camacho said he could have easily done a PowerPoint presentation on the topic for students. But he said he wanted to visually immerse his class in places that played important roles in the crisis to give them a more concrete feel for the potential impact of fiscal and monetary policies. He added that he saw Expeditions as a supplemental teaching tool to be used occasionally with students.

“It’s just another way to convey to them that there are real-world consequences” to corporate and government actions, he said.

So far, in collaboration with teachers, Google has developed about 100 trips — including virtual visits to the Great Wall of China, Independence Hall in Philadelphia and El Capitan, a rock formation in Yosemite National Park — that have been tried out by math, science, social studies, language and other classes. The company has larger ambitions to use Expeditions as a tool to take students on simulated tours of colleges or to help them explore career options by virtually shadowing veterinarians and other professionals throughout their work days.

This month, the company filmed Michelle Obama as she visited Howard Community College in Columbia, Md. Google executives said they expected virtual college excursions to visit campus landmarks like science labs, dining halls and financial aid offices, enabling students who may not be able to travel widely to get a glimpse of a variety of schools.

“It’s not always about the most spectacular images,” said Jennifer Holland, program manager for Google Apps for Education. “It’s also about being able to see different things that you otherwise wouldn’t.” 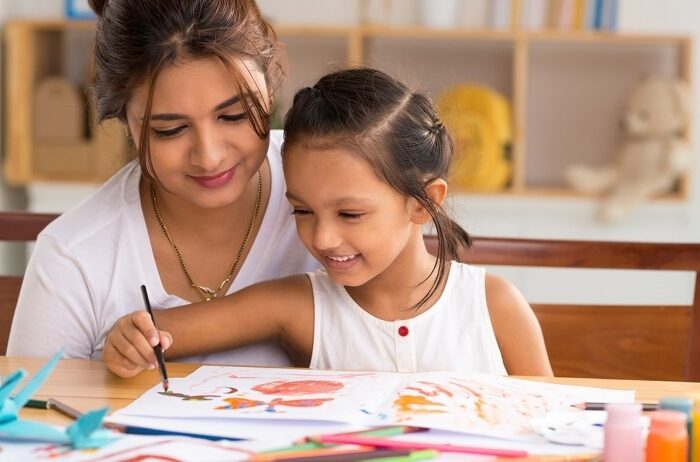