It’s an eternal parenting question: How can I get my kids to listen to ‘good’ music? 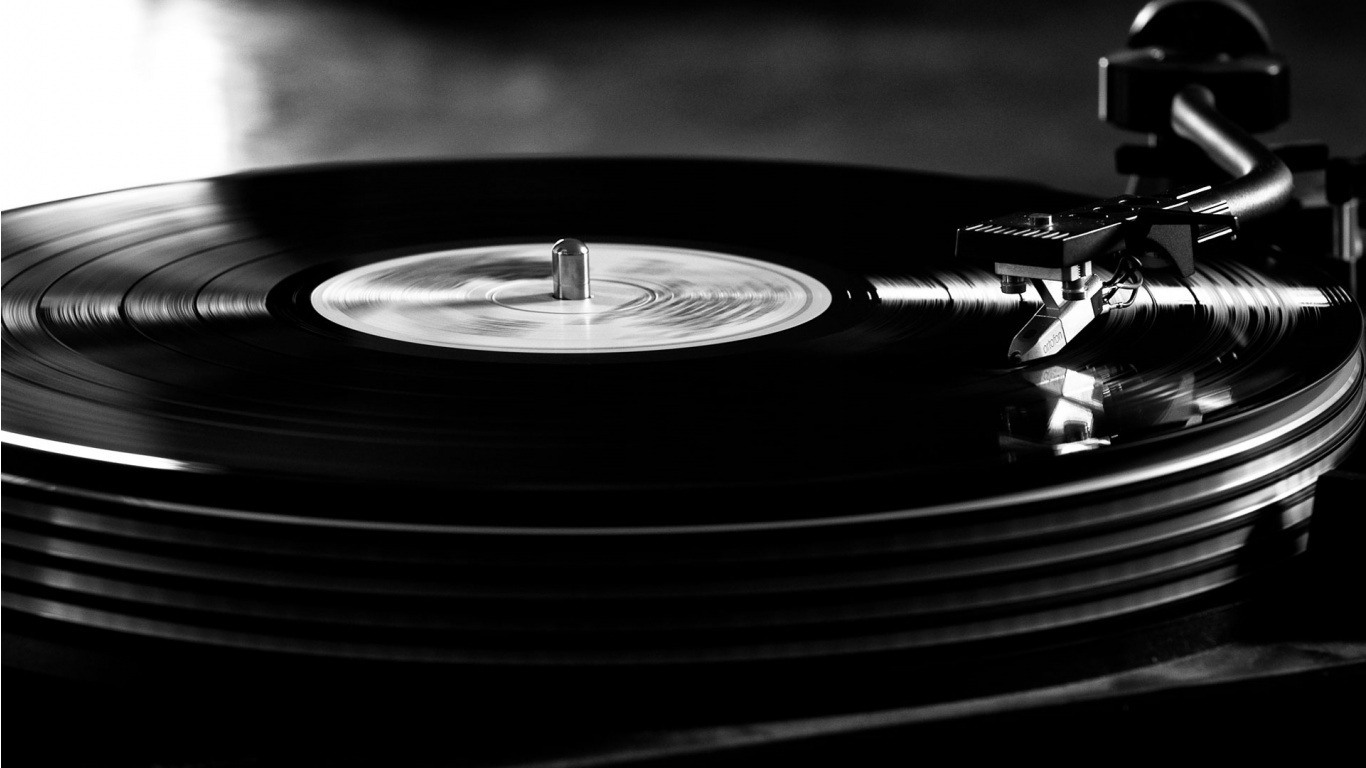 Three months ago, Brooklyn-based DJ Mick Batyske and his wife had their first child, a son they named Myles. Batyske — who goes by the name DJ Mick and who lends his musical tastemaking to brands and people such as Cadillac, Nike, Usher and LeBron James — went through the myriad lifestyle changes, challenges and sleep loss that accompany becoming a parent. He also found himself confronting a new crisis: What sort of cool music would his child listen to?

Writing on the Web site Fatherly back in September, Batyske described keeping a Sonos speaker system in the nursery and hoped that his son would learn to enjoy classic ’90s hip-hop as well as John Coltrane’s 1965 opus “A Love Supreme,” while also admitting that he would be “crushed” if his son didn’t appreciate the likes of A Tribe Called Quest and De La Soul.

“My job keeps me super young and in tune with everything going on in pop culture,” Batyske wrote via e-mail, although he admitted that despite his fluency in changing trends, it’s inevitable that one day he and his son will clash over taste.

Until then, he wants to make sure his kid grows up with plenty of cool music at his disposal, which can get tricky. In a world where the music geared towards children ranges from pureed pop — like lullaby renditions of Taylor Swift to Kidz Bop doing squeaky-clean versions of Fetty Wap’s “Trap Queen” — to the inescapable presence of the Wiggles, it can be difficult for parents to find music that they can play for their children. Not to mention keep their own sanity intact.

One multi-platinum singer-songwriter took matters into her own hands.

“Parents don’t want to listen to children’s albums, because they’re not fun to listen to,” said Linda Perry, who’s worked with the likes of Pink, Gwen Stefani and Miley Cyrus over the course of her career. Drawing upon iPhone recordings she made while tending to her 8-month-old son, she recently collaborated with her wife, Sara Gilbert, and her two stepchildren to record a children’s album credited to her new band, Deer Sounds. “We underestimate kids — we don’t understand their mind can handle a lot,” Perry said. “They can listen to the Beach Boys, the Beatles and really take in what’s going on. We all play this silly music thinking, ‘Oh, it’s a baby, this is all they can handle.’ That’s not the truth.”

In addition to finding adequate music for kids, many parents wind up revisiting their own cultural touchstones from childhood and foisting them on their children. From the prime-time return of the Muppets to the return of “Star Wars” — with plenty in between — the weight of nostalgia for the ’70s and ’80s continues to influence culture well into the 21st century. So it figures that in addition to dictating renaissances in television and movies, there’s a new wave of parents who miss the music — as well as the medium — of their youth. As a vinyl revival emerges in the era of touch screens, there’s even a challenge among new parents over what technology with which to raise their children.

“I think tangibility and a disconnection from the Internet are things that are going to become more real and valuable to not only this generation, but future generations,” said Ben Swank, founder and consigliere at Third Man Records, the record label run by proud rock-and-roll iconoclast Jack White. “I think a lot of new parents are raising their kids to value these sorts of tactile things.”

To aid a new generation of music listeners and an old musical format, Third Man recently announced a joint venture with the reissue imprint Light in the Attic, a split-color children’s record, touting itself as gender-neutral, titled “This Record Belongs To ________,” which comes bundled with a standalone record player built to withstand young children. “The reaction was so immediate and positive to the record player that we’ve already needed to do a reorder on them,” Swank said.

When Swank and his wife had a daughter, they received a special mix from their friend, Zach Cowie, a Los Angeles-based DJ and music supervisor, who recently helped pick the tunes for Aziz Ansari’s Netflix smash “Master of None.” Although he’s not a father, Cowie recalled the “non-children’s music” he enjoyed as a kid and set about making a mix tape for kids and adults. “I don’t know how to play music, but I’ve been obsessed with sequencing my whole life, so I’ve always had to rely on other people’s songs to tell the stories that are in my head,” Cowie said from his home. “I wanted the mix to play through like a day-long adventure in a children’s book.” One side was meant for daytime; the other was mellower, to help kids go to sleep.

He put together the mix that makes up “This Record Belongs to _____,” the title harking back to the Little Golden Books series, Sesame Street’s “In Harmony” albums and the days when kids grew up learning about music via Fisher-Price turntables. For new parents hoping to make their kids into future music snobs, one could do worse than this set, which in one stretch connects Harry Nilsson’s “Me and My Arrow” to the Pointer Sisters’ “Sesame Street” staple “Pinball Number Count” to Woody Guthrie’s “Songs to Grow On.” It also features an eclectic roster, including Van Dyke Parks and Nina Simone, while still finding room for Kermit the Frog’s “Rainbow Connection.”

“I like the idea of setting kids up on the right path,” Cowie said. “There are clues all over this album which could last a musical lifetime.”

“The songs on the mix weren’t your dumbed-down, horrible kids music most parents are subjected to,” said Matt Sullivan, who runs the Light in the Attic imprint and who received a copy of Cowie’s mix when he and his wife had their first daughter, Sadie. “It was all we listened to for a solid year. We always had music playing in the house, but there was something about that comp that she latched onto. It really opened our daughter up to music.”

And although the label made the compilation available digitally and on compact disc, it’s as a vinyl record that Sullivan thinks the music will be most evocative for the next generation: “Kids flip out when they see the record spinning and putting the needle on the groove.”

For Perry, though, she sees the current obsession with vinyl as an exercise in misguided nostalgia and a giant step backwards. “We’re only missing vinyl because of where it came from: Zeppelin, Pink Floyd and Aretha Franklin were all on vinyl,” she said. “Would we really be missing vinyl if it was just happening now and was about Katy Perry and 5 Seconds of Summer? It’s about the great music that was on the vinyl, not the vinyl itself.”

For parents who have to juggle taking care of their kids while making dinner and cleaning up afterward, it seems antiquated to think there’s a convenience to flipping a record over vs. having music streaming wirelessly. Perhaps we won’t get back to record players being in every house or dorm room, but in turning kids on to music not made by a purple dinosaur, it remains vital for some parents.

To test that theory, we reached out to Sadie Pearl Sullivan, age 3, for her thoughts about records.

“I just want to get all of the records,” she said enthusiastically. “I would pick one out every day. I like to listen to music early in the morning when I wake up. I would eat breakfast with my mom and then I would pick a record out, and Mom would put it on the stereo. And then I’d dance!” 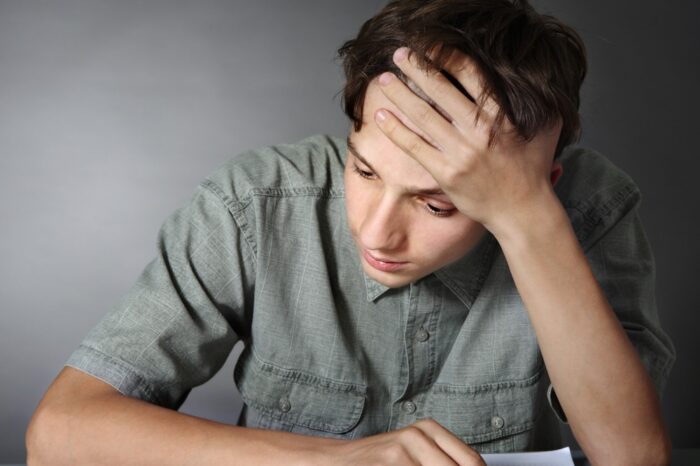 For Parents of Kids Who Give Up on Education