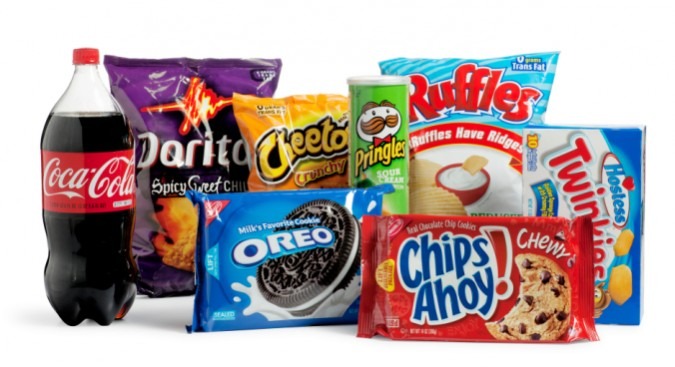 Food companies have been increasing their advertising to children for chips and other junk foods, even as marketing of healthy snacks such as yogurt has not kept pace, according to a report released on Monday.

About 40% of all the food and beverage ads children and teens see on TV are for snacks, and there’s a growing amount of snack advertising on social media and mobile phone apps, said researchers at the University of Connecticut’s Rudd Center for Food Policy and Obesity.

For the report, which is being presented this week at the annual meeting of the American Public Health Association, researchers compared how many snack ads young people typically saw in 2010 and 2014, and how many promoted products such as chips, cookies and fruit snacks, or healthier options, such as yogurt, fruit and nuts.

Although snacks ads online were much less prevalent than on TV, big food companies placed millions of ads on Facebook and YouTube in 2014.

What companies are selling

Advertising for healthy snacks did not get a big piece of the pie. The majority of snack ads that preschoolers, children and teens saw were for sweet snacks and savory snacks, and only about a quarter of these snacks were considered healthy by the USDA Smart Snacks standards. These standards are based on levels of calories, sodium, fats and sugar in the snack and determine which snacks can be sold in schools.

Meanwhile, from 2010 to 2014, exposure to advertising of yogurt products, nearly all of which are considered healthy based on the USDA Smart Snacks standards, did not change.

“It’s hard to translate the number of advertisements to actual consumption, but if you just look at the imbalance (between healthy and unhealthy snacks) it would suggest that advertising is probably not increasing children’s fruit and nut consumption,” said Jennifer L. Harris, director of marketing initiatives at the University of Connecticut’s Rudd Center.

The advertisers and their audience

Among the most concerning findings from the report was the increase in unhealthy snack ads seen by preschool-age children, Harris said.

“Their minds are extremely malleable, so the advertisements aren’t just trying to get kids to get their parents to buy the products, they are trying to create an emotional association in kids’ brains (and) the emotional connection (at this young age) is basically impossible to get rid of,” she said.

Harris was also concerned about the discrepancy between advertising to white children compared with black and Hispanic youth. Marketing of savory snacks to black and Hispanic youth shot up 551%, whereas yogurt ads dropped 93% between 2010 and 2014. Black children saw 64% more snack food ads on TV than white children, and 129% more ads for savory snacks.

“It’s really an irresponsible practice, especially among kids,” given that these minority groups have higher rates of obesity, diabetes and weight-related conditions, Harris said.

In an email, a spokesperson for General Mills said they haven’t seen the report and can’t comment on it. The company “does not advertise any product on programming or media primarily directed to preschool children.”

In an emailed statement, Kellogg Company spokesperson Kris Charles said the company follows guidelines set forth by the Children’s Food and Beverage Advertising Initiative, does not advertise foods to children younger than 6, and only advertises foods that meet certain nutritional criteria to children ages 6 to 11.

“As a founding member of the (Children’s Food and Beverage Advertising Initiative) and a member of 15 similar initiatives worldwide, we believe self-regulation works and we are actively involved in industry efforts to strengthen the self-regulatory process,” Charles said.

Many food companies participate in the Children’s Food and Beverage Advertising Initiative, which was created by and is regulated by the industry. Participants pledge not to advertise unhealthy food options on TV that is directed toward children.

However, this pledge only applies to programming that is considered “child-directed media,” such as shows on Nickelodeon and Cartoon Network, but not programs children might view on other networks, Harris said.

Harris and co-authors of the report recommend the definition of media for children should be expanded to include all shows where children are the intended audience. In addition, the authors urge the advertising initiative agreement to follow the USDA Smart Snacks standards for healthy foods, which are more stringent than the standards that the snack industry group set.

“There is a lot of snacking that is going on among children and a lot of that snacking is less healthy food,” said Aviva Must, professor and chair of public health and community medicine at Tufts University. “I don’t think there’s any doubt that the marketing of these snacks influences eating behavior.”

Must was not involved in the Rudd Center report, but called it helpful and comprehensive.

“I would have hoped that the landscape would’ve improved more than it has (in recent years), but I think in the absence of strong regulation like they have in the United Kingdom, the environment that we have created in terms of food marketing to children is not going to change,” Must said. The UK bans the advertising of unhealthy foods and beverages to children younger than 16.

Although it is probably not realistic to pass regulations in the United States like those in the UK, Harris said, “we found that when parents and the media start getting concerned about what companies are doing, companies will respond.”

Although research by Harris and her colleagues suggests that parents are generally aware that there are a lot of ads for junk food on TV, they usually don’t realize how imbalanced ads are between healthy and unhealthy foods, and the number of ads on social media.

“That’s one of the reasons we do this research — to raise awareness of what’s happening and hopefully get parents to start protesting,” Harris said. 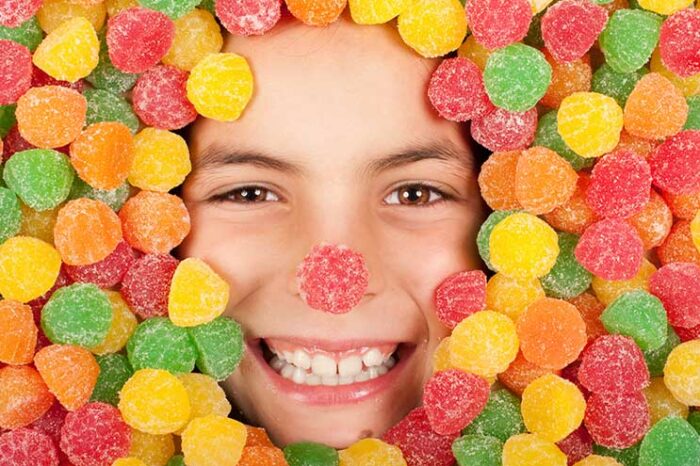 Is sugar driving you mad?