Police in schools: Keeping kids safe, or arresting them for no good reason? 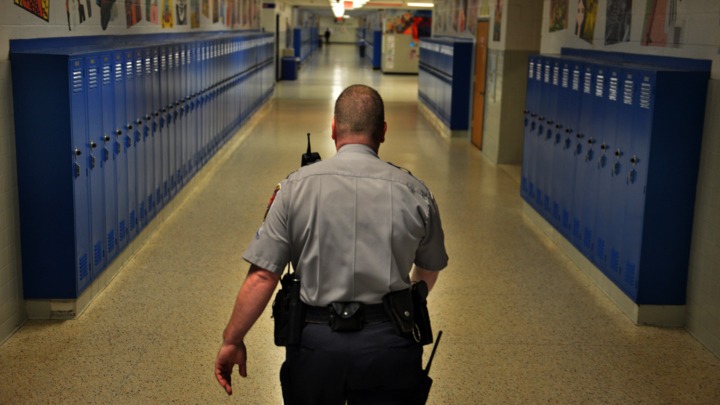 The violent arrest of a South Carolina high school student in class last month has triggered new scrutiny of the nation’s school resource officers, whose numbers have increased in recent decades alongside concerns about school safety and mass shootings.

There are now more than 43,000 school resource officers and other sworn police officers, and an additional 39,000 security guards, working in the nation’s 84,000 public schools, according to the National Center for Education Statistics.

They have been hired, often with the help of federal dollars, in a post-Columbine age in which many communities want to do everything possible to guard against threats from drugs, gangs and weapons. And mass shootings, like the elementary school massacre in Newtown, Conn., three years ago, lend emotional weight to the desire for increased security in the nation’s schools.

But having officers present in classrooms and cafeterias has created its own set of concerns — about the criminalization of typical teenage misbehavior, about the discriminatory enforcement of vague laws, and about the excessive use of physical force against children in school spaces where they should be able to feel safe.

“The first time a lot of black and brown children experience police violence is in a school building. The first place that our children learn to fear police, learn they’re controlled instead of empowered, is in a school building,” said Brittany Packnett, a leader in the Black Lives Matter movement who also helms the St. Louis office of Teach For America.

“That’s a perversion of the system of public education that we absolutely cannot allow, and that we cannot disconnect from this broader conversation about police violence,” Packnett said.

A Florida school police officer was arrested and charged with child abuse in June for allegedly slamming a 13-year-old student to the ground and twisting his arm. In August, the American Civil Liberties Union sued a Kentucky sheriff after a deputy was caught on camera handcuffing disabled children who didn’t follow directions. And in September, a federal judge ruled that school police in Birmingham, Ala., had used unconstitutional and excessive force when they routinely pepper-sprayed children for minor disciplinary infractions — including a pregnant student whose offense was crying in a hallway.

But officers and their supporters point to the role that school police have played in keeping students safe. In September, a Colorado teen alerted a school resource officer that a student in Arizona had threatened a school shooting on the social media app Snapchat, helping avert a possible tragedy. School resource officers acting on a student’s tip disarmed another student who had brought a gun to his Utah school in 2014, allegedly intending to shoot a classmate. And in 2013, an officer was credited with quickly apprehending the suspect in a shooting at an Atlanta middle school.
Fourth-grade substitute teacher, Doris Cook, left, talks to a student as school police officer Tiffany Wiggins is seen at right at Thomas Jefferson Elementary /Middle School in Baltimore on Nov. 5. (Matt McClain/The Washington Post)

On the same day that the South Carolina officer sparked outrage around the world by throwing a student across a classroom at Spring Valley High, “there were thousands of other SROs doing a fantastic job all across this country, making a difference in the lives of kids. And that’s what we’re supposed to be doing,” said Mo Canady, who heads the National Association of School Resource Officers.

The tension between the two views of school police officers is clear in the policies of the Obama administration. Just weeks after the Newtown elementary school shooting left 26 children and teachers dead in 2012, the president called for an investment of $150 million to put 1,000 police officers, social workers and counselors in schools.

At the same time, no other president has done more to raise concerns about harsh discipline tactics in school and their disproportionate impact on minority students.

“It’s clear that as a nation, we are severely underestimating the traumatic impact of our children being subject to, or even just seeing or witnessing, unnecessary physical force and arrests in our schools and classrooms,” U.S. Education Secretary Arne Duncan said last week, commenting on the South Carolina incident. “Schools must be safe havens. They must be filled with compassion and love.”

Civil rights activists and many police officers, as well as the school resource officers group, agree that officers should not be involved in school discipline matters; that should be left to school staff. But nearly 70 percent of security personnel report that they are involved in discipline, according to federal data. Activists — and the Obama administration — worry that that leads to children entering the criminal justice system, feeding a school-to-prison pipeline.

The officer in the South Carolina case became involved in a disciplinary matter at the request of a math teacher, who called for help after a female student disrupted the class and refused to leave. The student had been using a cellphone against school rules, according to Richland County Sheriff Leon Lott.

In one of the videos of the incident, the officer — whom Lott identified as Deputy Ben Fields — arrives in the classroom and asks the student, seated at a desk, to “just stand up.”

“Are you going to come with me or am I going to make you? Come on,” the officer says. “I’m going to get you up.” He then puts the student in a headlock, tips her backward and flings her across the room.
Click here for more information!

Lott fired Fields, calling the video “very disturbing” and saying it made him want to “throw up.” But Lott said the female student still faces a misdemeanor charge because she bears responsibility for “initiating this action” with her defiance.

Civil rights advocates say that this is the kind of thinking that saddles children, and particularly black and Hispanic children, with criminal records for nothing more than typical teenage behavior. “Too many of our schools are arresting and criminalizing children as young as 5,” said Judith Browne Dianis, co-director of the Advancement Project, a national civil rights group.

Many teachers who watched the South Carolina video said that they would have dealt with the student differently. Laura Fuchs, a social studies teacher at the District’s H.D. Woodson High, said that when a student refuses to follow instructions, she might speak to him to gauge what is wrong, or she might give him time to cool off. She said she works to build relationships with students so they see her as an ally, and as a person who deserves their respect.

“I’ve definitely had students who refuse to comply with cellphone policies, but I have never felt the need to call security over them,” Fuchs said.

More than 64,000 students were arrested at school in 2011-2012, according to federal civil rights data, the most recent available. Thirty percent of those arrests involved black students, although black students accounted for just 16 percent of the overall student population.

The federal data on school-based arrests are incomplete because the Obama administration only recently began requiring schools to report arrests uniformly. But the same trend exists in states with more thorough data sets: In Florida, for example, black students accounted for 53 percent of school-based arrests in 2013-2014, but they account for just 23 percent of the population.

In an effort to strike a balance between maintaining safety and avoiding criminalization of typical student misbehavior, some school districts have worked to clarify and limit the role that police officers play.

Last year, San Francisco’s school board signed an agreement with police that limited school resource officers to intervening only in the most serious criminal cases, such as those involving weapons or serious bodily harm. During the past three years, the number of arrests inside schools has been cut in half, from close to 200 to about 90.

Matt Haney, vice president of San Francisco’s school board, said that the district has not only reduced arrests, but also has invested in resources to help teachers and administrators create positive school climates in which students know that they are valued and that they have someone to talk to if they are troubled and need help.

“When you’re at a point where a young person won’t listen to anybody or move for anyone, you’ve got a problem in your school,” Haney said.

Richland Two, the school district in the South Carolina case, also had an agreement with the local sheriff’s office. A school resource officer “shall not act as a school disciplinarian,” the agreement says. But it also says that officers may take action whenever a law is violated.

And South Carolina has a law against disturbing school that is broad — it prohibits acting “in an obnoxious manner.” It’s the law that the Spring Valley student allegedly violated, and it could net her up to 90 days in jail and a $1,000 fine.

Civil rights groups say that the broader a law, the more likely it is to be used in a discriminatory way. Police say they’re just doing their job, responding to requests for help when laws are broken.

Canady, who was a school resource officer in Alabama before he became head of the officers’ national trade association, said that because of the nature of the South Carolina statute, school officials probably were justified in asking the sheriff’s deputy to intervene.

“When I was a police officer, the way I had to respond to it was, I don’t write the laws,” Canady said. “I’m just hired to enforce them.” 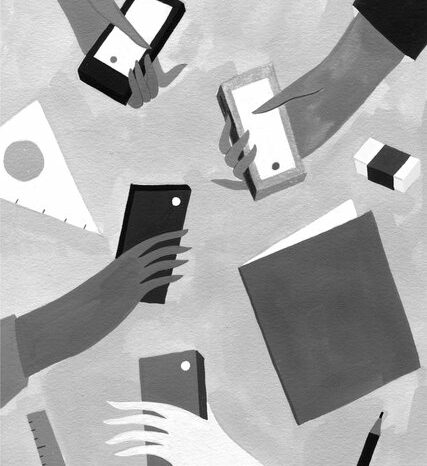