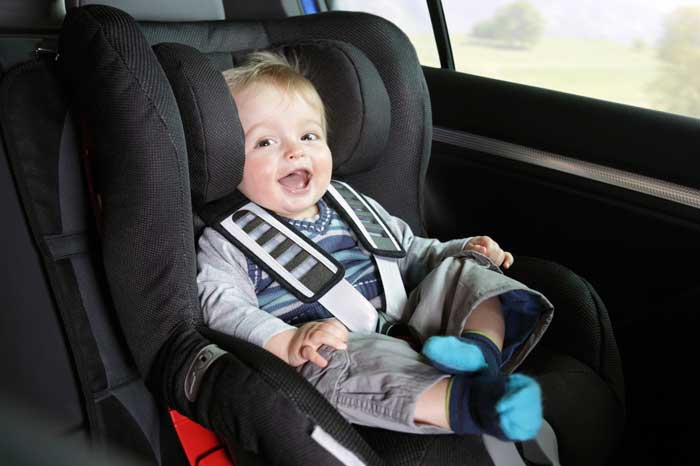 As Baldwin Borough police handed out citations this week for car seats that weren’t properly installed or children who weren’t buckled in, they tried to educate parents.

Officers handed out information and used a check-list to indicate for how the child was incorrectly seats.

Parents were referred to the department’s certified child passenger safety officer who could teach them how to properly install a car seat.

“The point is to educate people and warn people about the dangers of not having their child properly restrained,” Baldwin Borough police Lt. Matthew Kearns said.

Twenty four police departments in Pennsylvania were selected for a pilot program that focused on enforcement and education, said Kathy Strotmeyer, southwest regional coordinator for the PA Traffic Injury Prevention Project at the Pa Chapter of the American Academy of Pediatrics. They included the Baldwin Borough, Mt. Lebanon and North Franklin Township police departments.

The program started Sunday and runs through Saturday to partner with National Child Passenger Safety Week.

Funds from the grants are being used to pay for officers overtime for extra patrols, Strotmeyer said.

Baldwin police issued six citations for violations of the Child Passenger Safety Law on the first day of enforcement, including one for a 5-year-old child who was found standing up in the back seat of a car with no restraints, Kearns said. A special detail is planned for each day this week to focus on child safety enforcement and education, Kearns said.

Departments were selected for the pilot program based on their focus on traffic safety, Strotmeyer said.

“They have to have a high priority and focus on traffic safety,” she said. That includes child passenger safety and other roadway patrols.

Departments also were required to have a certified child passenger safety technician on staff to qualify.

With that program, which Strotmeyer said gives parents a “peace of mind” that their child is safe, Baldwin Borough police have fitted nearly 800 car seats since the program began in 2002, Kearns said.

Eight officers in each department were trained earlier this month on what signs to look for when a child is in the car, to ensure they’re safe, Strotmeyer said.

“First it’s, are they buckled in? Does the seat fit the child? Are they facing the right direction?” she said. “Make sure you take the extra five minutes and look.”

On average, there are 332 reportable crashes on state highways in Pennsylvania each day, according to 2014 Pennsylvania Crash Facts and Statistics. Using the correct car seat reduces the chance of fatal injury by 71 percent for infants and 54 percent for toddlers.

In Pennsylvania, from 2010-14, 82 percent of the children under 4-years-old who were involved in crashes and restrained in a child seat sustained no injury, statistics show.

Under Pennsylvania’s child passenger safety law, all drivers are responsible for securing children in the appropriate child restraint system. All children up to the age of 4 years old must be in an approved child safety seat anywhere in the vehicle and children between 4 and 8 years old must be secured in a seat belt system and appropriate child booster seat anywhere in the vehicle.

Child safety is a primary violation in Pennsylvania, and police can conduct a traffic stop because a child is not buckled in, Kearns said.

While the pilot program extends through Saturday, officers can utilize the training they received beyond, Strotmeyer said.

“We really want them to keep promoting this,” she said. “We want child passenger safety to be a high priority beyond this week. Our goal is that the child leaves safer than when they arrived.”

Stephanie Hacke is a staff writer for Trib Total Media. She can be reached at 412-388-5818 orshacke@tribweb.com. 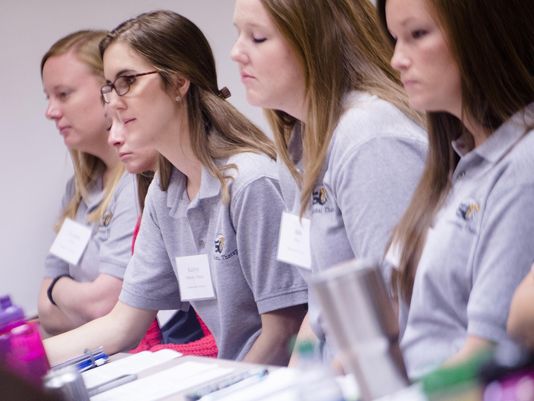