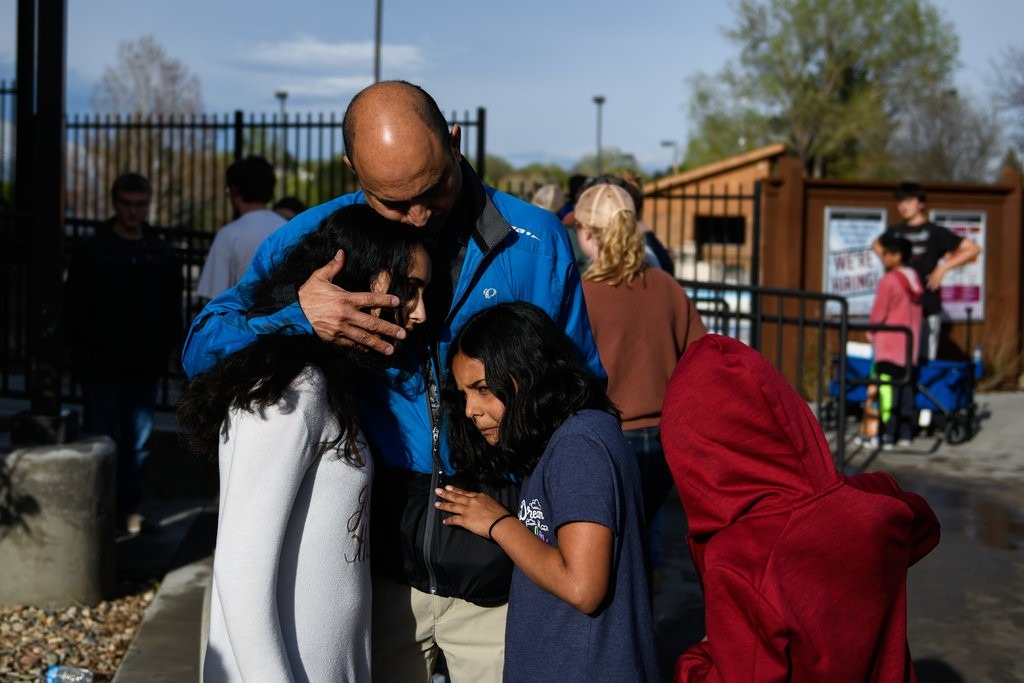 HIGHLANDS RANCH, Colo. — Last month, as the 20th anniversary of the Columbine High School shooting approached, STEM School Highlands Ranch joined hundreds of schools near Denver in closing temporarily amid security concerns. The anniversary came and went, and schools returned to their routines.

But on Tuesday afternoon, the STEM school’s worst fears were realized when nine of its students were shot, one fatally, and two fellow students were being held as suspects.

“We know two individuals walked into the STEM school, got deep inside the school and engaged students in two separate locations,” Sheriff Tony Spurlock of Douglas County said at a news conference.

At 6:45 p.m., about five hours after the shooting, the Douglas County Sheriff’s Office released a statement confirming that one of the nine who had been shot, an 18-year-old man, had died.

Late Tuesday night, the sheriff’s office identified one of the suspects as Devon Erickson, 18, but said it would provide no further information about him because “we still have interviews to conduct and we want to make sure we have the most accurate information.”This is your last article.Create an account or log in to get more

Police tape was strung up outside the prim brick suburban home where neighbors said Mr. Erickson’s family has lived since the late 1990s. A next-door neighbor who declined to be named described him as a quiet young man who sometimes deflected eye contact and played several musical instruments.

“I can tell you that there were shots fired,” he said. “Our officers went in and engaged the suspects. We did struggle with the suspects to take them into custody.” 10 mi.20 km.

Colorado Law enforcement officers directed parents who were picking up their children from Northridge Recreation Center after the shooting.CreditNick Cote for The New York Times

Sheriff Spurlock said neither suspect had been on law enforcement’s radar before the shooting and that the motive was unknown.

The sheriff said the injured students were age 15 or older.

Students who were not injured were taken to Northridge Recreation Center in Highlands Ranch, where hundreds of anxious parents gathered to look for their children on Tuesday afternoon.

“I heard a gunshot,” said Makai Dixon, 8, a second grader who had been training for this moment, with active shooter drills and lockdowns, since he was in kindergarten. “I’d never heard it before.”

Makai’s parents said they joined thousands of others in rushing to the school as news blazed through this suburban community.

“We’re more messed up than they are,” Makai’s mother, Rocio, said as they walked to their car.

The shooting at the Highlands Ranch charter school is the latest at an educational institution, rattling communities nationwide because young people have been put in mortal danger in places long considered safe havens. One week earlier, a man with a pistol shot six people on the last day of spring classes at the University of North Carolina at Charlotte, killing two.

On Tuesday, as wave after wave of classes were released from the recreation center in Highlands Ranch, high schoolers began walking out in tears, reaching for their parents’ arms and hugging their teachers.

Tyler Rush, 17, a junior, said he had been on the second floor of the school, just above where the shooting occurred. He said that it began during the day’s final period and that the school announced a lockdown in the middle school portion of the building. He and his classmates gathered in a corner and turned out the lights. Some cried. Some sat paralyzed.Law enforcement officers surrounded the Highlands Ranch, Colo., home of Devon Erickson, 18, one of the two suspects after a shooting at the nearby STEM School Highlands Ranch on Tuesday.CreditNick Cote for The New York Times

Littleton Adventist Hospital in Colorado said five people were transported there after Tuesday’s shooting. Two are in serious condition while three have been discharged, the hospital said. Sky Ridge Medical Center said two children were transported there and were in stable condition. Children’s Hospital Colorado said one victim had been treated at its south campus and then released.

While details of how the shooting happened remained sparse, one parent said students had tried to stop the attack.

He said his son and two friends tried to tackle the gunman but one of the boys was shot in the chest. Other students tried to stanch the bleeding by putting pressure on his chest, Mr. Bialy said.

Fernando Montoya told a local television station that his 17-year-old son, a junior, was shot three times. He was taken to a hospital but was going to be released.

He said after news of the shooting broke, he could not reach his son and was in a state of shock until they were able to talk to each other.

Sheriff Spurlock said the school, which has about 1,800 students in kindergarten through 12th grade, had no police officer assigned to it and used private security instead, but he did not say what actions that security service may have taken during the shooting.

The sheriff said that the school alerted law enforcement “almost immediately after the first gunshots were fired” and that deputies arrived roughly two minutes later.Students got off buses after being evacuated from STEM School Highlands Ranch, a charter school that has about 1,800 students in kindergarten through 12th grade.CreditMichael Ciaglo/Getty Images

“I have to believe that the quick response of officers that got inside that school helped save lives,” the sheriff said.

Earlier in the day, local news media showed video footage of tear-stricken parents gathering near the school as at least two air ambulance helicopters arrived at the scene after the shooting, which was reported before 2 p.m.

Gov. Jared Polis of Colorado said the state government was monitoring the situation.

“We are making all of our public safety resources available to assist the Douglas County Sheriff’s Department in their effort to secure the site and evacuate the students,” he said on Twitter. “The heart of all Colorado is with the victims & their families.”

STEM School will be closed for the rest of the week, the Douglas County schools superintendent, Thomas S. Tucker, said late Tuesday. Other schools in the district remain open, he added, with “heightened security.”

Douglas County is an affluent area south of Denver with about 350,000 people. It sits next to Jefferson County, home to Columbine High School, and students there are already primed to watch for gunmen.

Last month, hundreds of schools in the Denver area were closed as law enforcement searched for a Florida woman who they said had made threats ahead of the 20th anniversary of the deadly shooting that claimed 13 lives at Columbine High School, which is about seven miles from the site of Tuesday’s shooting.

The woman, Sol Pais, 18, was found dead on April 17 of an apparent self-inflicted shotgun wound in the mountains west of Denver. 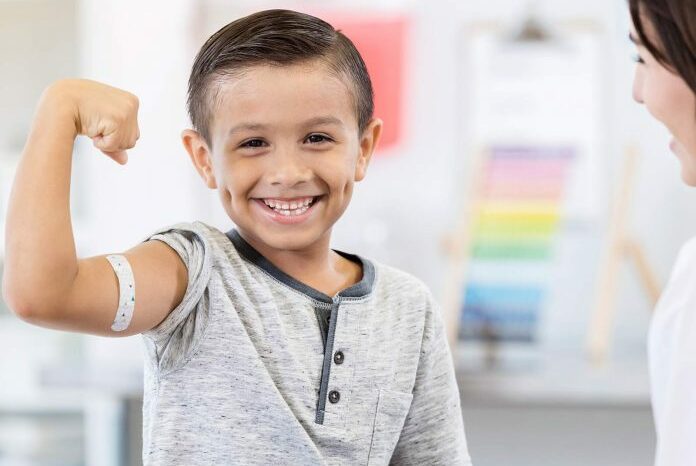 Q & A: The Importance of Immunizations