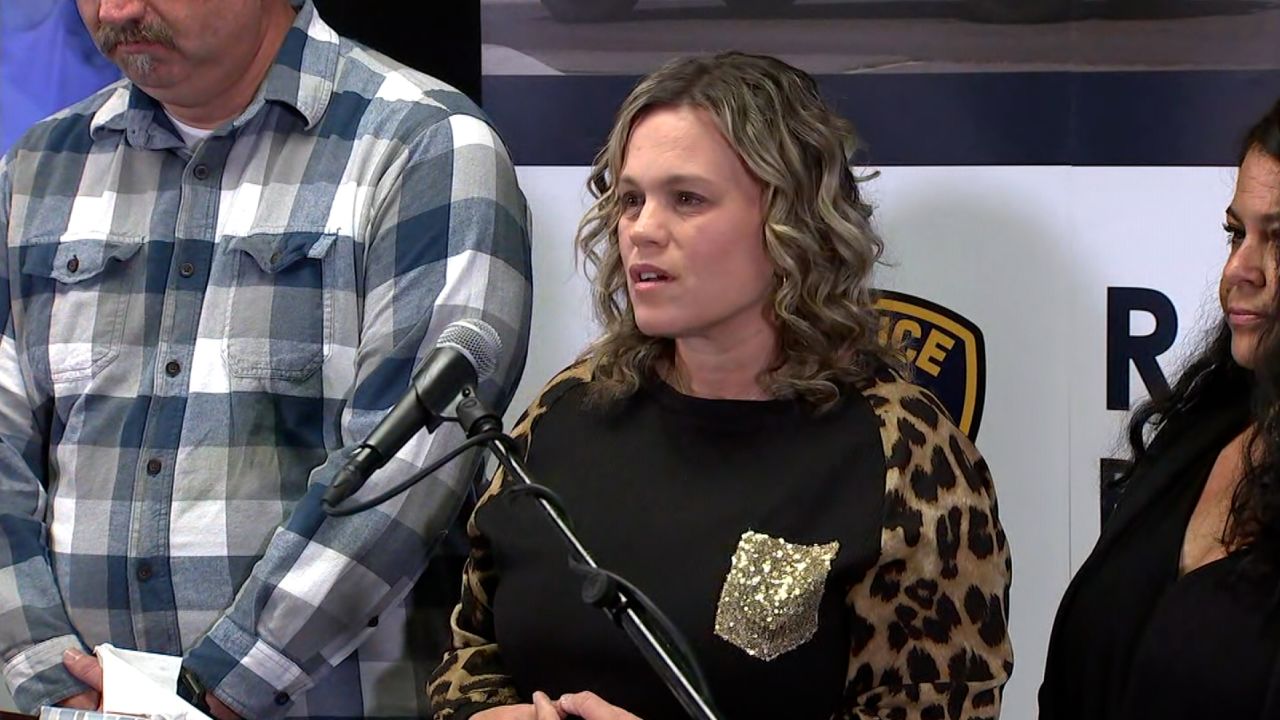 Michelle Blandin speaks during a press conference in Riverside, California, on November 30.

A woman whose parents and sister were killed last week in the alleged “catfish” triple homicide in Riverside, California, is urging families to speak to their children about online safety.

“Parents, please know your child’s online activity, ask questions about what they’re doing and whom they are talking to. Anybody can say they’re someone else and you could be in this situation,” Blandin said at a news conference.

Austin Lee Edwards, a former Virginia police officer believed to have killed the three family members, was himself killed in a shootout while trying to flee authorities, according to a news release from the Riverside Police Department.

Detectives said they believe Edwards, 28, of North Chesterfield, Virginia, had met a teenage relative of the victims through “catfishing,” a form of online deception in which someone pretends to be a different person.

Edwards had an “inappropriate online romance” with her 15-year-old niece, Blandin said.

“He took an oath to protect and yet he failed to do so,” she went on. “Instead he preyed on the most vulnerable.”

Blandin thanked her community for their vigilance, noting a longtime neighbor called the police about a suspicious vehicle on the street near her parents’ house, and pleaded for continued support.

That call “saved my niece’s life,” she said. “And that neighbor is a hero in our eyes.”

She became tearful when she said it was “too late” to save her father, mother, and sister. She described her sister Brooke as a “loving single mom who did her best to raise her two teenage daughters in a loving way.”

“For my two young nieces who are now left motherless, we hope that this community can wrap their arms around them and lift them up,” she said. “They have the most difficult journey ahead as they are minors and they don’t understand everything that has happened.”

Friends of the family have launched a verified GoFundMe to raise funds for the teenage girl and her sister, who was not present at the time of the crimes.

What we know about the brutal triple homicide

Edwards met the 15-year-old online, where he pretended he was also a teenager, Riverside Police Chief Larry Gonzalez said at the news conference. Officials do not yet know how long their relationship lasted and what platforms the suspect used to communicate with the girl.

The ex-cop traveled from Virginia to California, where the teen lived with her family. He then parked his car in a neighbor’s driveway and walked to her home, police said. At some point on Friday morning, police believe he murdered the girl’s mother, grandfather, and grandmother. 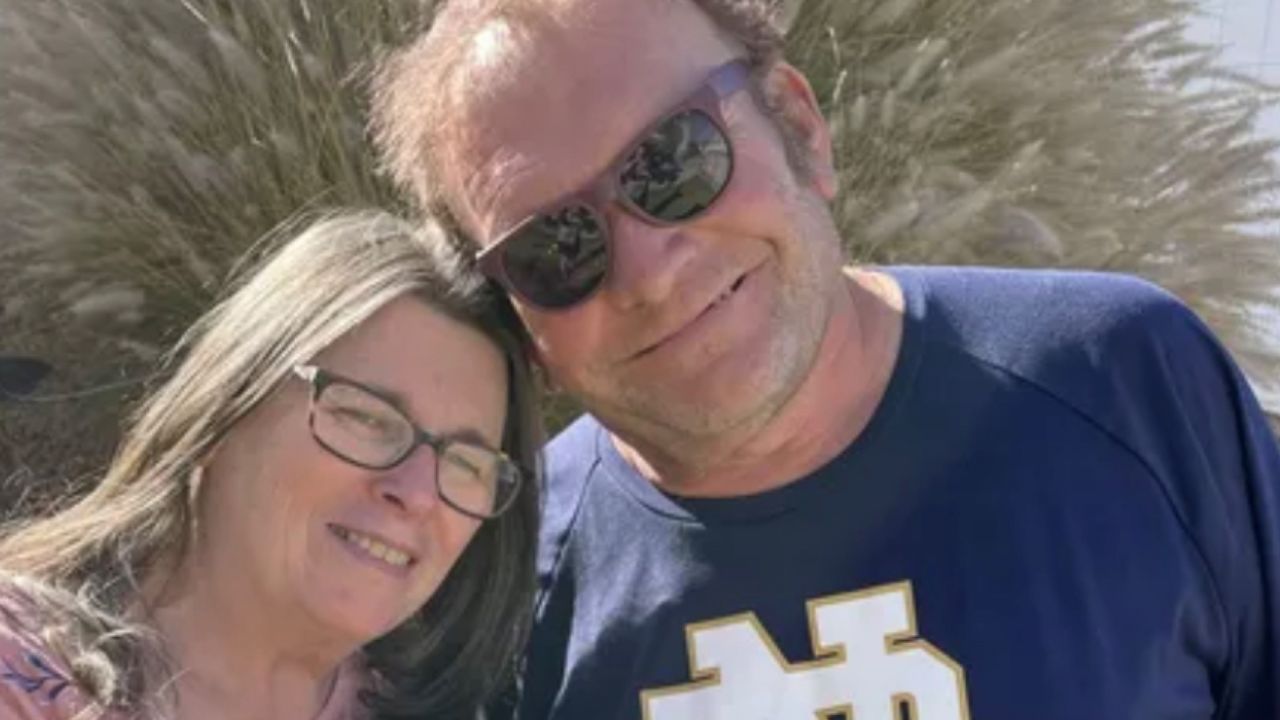 Then Edwards returned to his car with the teenager. Police began searching for him after receiving a call for a welfare check on Friday morning about a young distressed woman entering a red car with a man, as well as a call about a house fire a few houses down from the welfare check. When firefighters arrived at the burning house, they found the three murder victims lying in the front entry way.

The exact cause and manners of their death are still pending.

A few hours after the bodies were found and the welfare check was received, the ex-cop was spotted driving with the teen through San Bernadino County, according to the release. He exchanged gunfire with sheriff’s deputies trying to stop him and was shot and killed by deputies.

The teenager was unharmed and placed in protective custody with the Riverside County Department of Public Social Services, according to police. She is currently undergoing extensive medical treatment, Alison Saros, a longtime family friend and attorney, said at the press conference.

“This is going to be the most traumatizing event in her life, I am sure,” Riverside Police public information officer Ryan Railsback said at the conference. 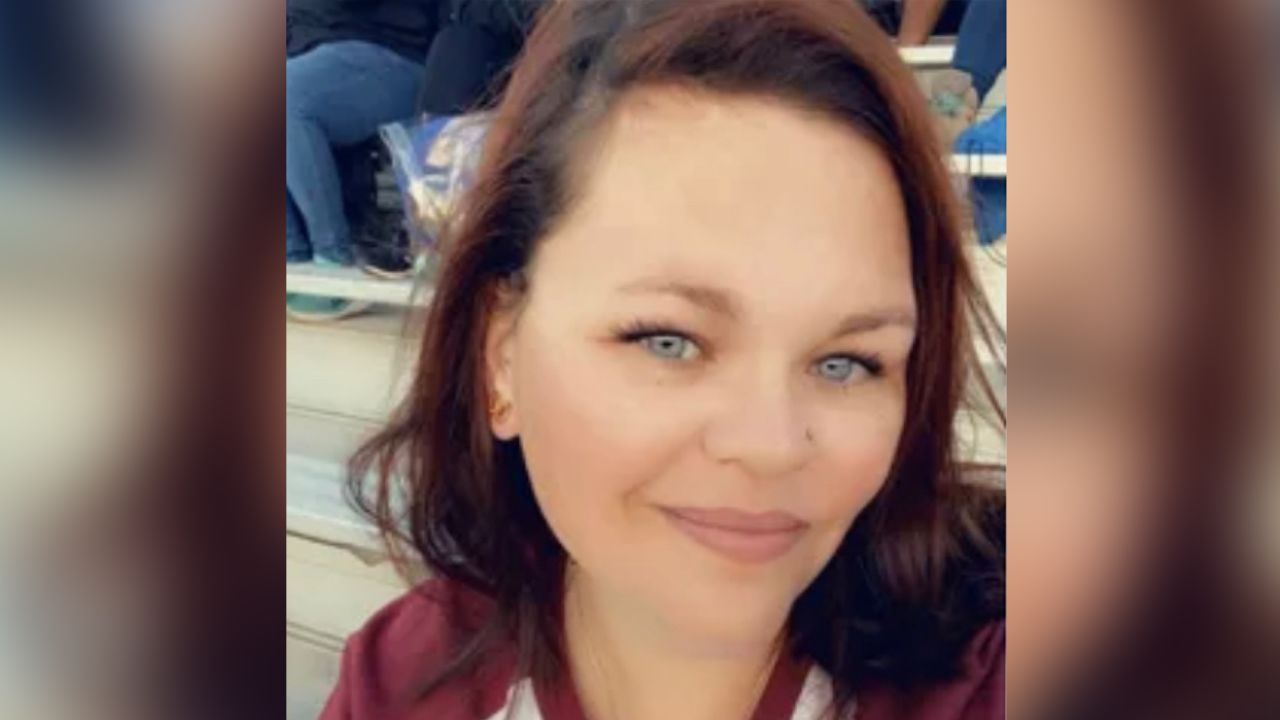 “We don’t know yet if she was threatened, coerced. We are not describing it as a kidnapping at this point,” he said, noting they have no reason to believe she was complicit in the fire and murders. It is unclear if the two had met in person previously.

Officers are undertaking a digital investigation to better understand the relationship between the suspect and the victim, but this will “take quite a long time,” he added. Interviews with the teenager are also ongoing, but “we can’t overwhelm her with everything,” he said.

Police are not aware of any additional victims at this time, Railsback said.

Robert Olsen, a Riverside police detective assigned to the Riverside County Child Exploitation Team who is consulting on the investigation, told CNN that the crime was more serious than just catfishing.

“This is an online sexual enticement of a minor. This is a federal felony, it’s a state felony, it resulted in a murder,” he said.

He echoed Blandin and urged parents to “pay attention” to their children’s online activity.

“I think you’d be astonished to know how many parents aren’t paying attention to their child’s online activity,” Olsen said. “I think that that needs to start young – as soon as you put a smart device in your child’s hand, whether it be four or five years old, you need to start monitoring that device.

“That way when they become teenagers, and they find themselves involved in something maybe similar to this, they’ll be comfortable telling you about it,” he said.

Edwards had resigned from the Virginia State Police in October, according to the agency. He joined the police academy in July 2021 and was recently working at the Washington County Sheriff’s office in Virginia, say California detectives.

“It is shocking and sad to the entire law enforcement community that such an evil and wicked person could infiltrate law enforcement while concealing his true identity as a computer predator and murderer,” Washington County Sheriff Blake Andis said in a news release. “Our thoughts and prayers are with the Winek family, their friends, officers, and all of those affected by this heinous crime.”