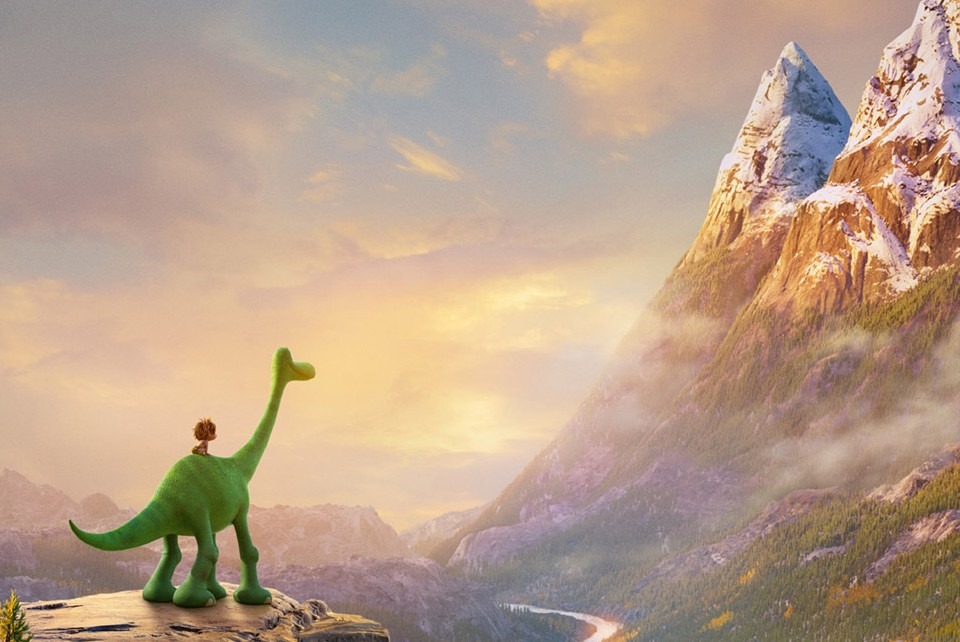 I have no idea if this is what’s taken place since Disney acquired Pixar in 2006 and put John Lasseter in charge of both animation studios. But it is notable that recent years have seen some of Disney’s best films in a long while—Frozen, Wreck-It Ralph, Big Hero 6—and some of Pixar’s worst: Cars 2, Monsters University, and, now, The Good Dinosaur. (Yes, Inside Out was a lovely exception. But Pixar’s downward slide into sequel-itis since Toy Story 3 has been difficult to miss.)

The Good Dinosaur is by no means a bad movie. But it breaks new ground for Pixar in that it’s the studio’s first feature that is explicitly—and pretty much exclusively—a kid’s movie. The story concerns a fearful, clumsy young apatosaurus named Arlo (voiced by Raymond Ochoa) who gets separated from his family and makes his way back home with the help of a feral caveboy whom he befriends. (Jack Bright snarls and howls wonderfully in the latter role.) Along the way, they encounter creatures both helpful and hostile, and they overcome a variety of obstacles. It’s a simple story, well-told. But it’s also a story about kids, told more or less exclusively from the kids’ perspective.

This is a first for Pixar. Though its previous 15 feature films have often involved children, they’ve been told principally through the perspective of adults (Boo has Sully and Mike; Nemo has Marlin; the Incredibles kids have their parents; and Russell has Carl Fredricksen) or adult-like figures (the toys of Toy Story; the emotions of Inside Out). These grownup interlocutors have given Pixar films an uncommon richness and depth—even those of us outside the immediate target demographic can relate to Marlin’s worry for his son or Carl’s grief over his wife or Woody’s duty to “leave no toy behind.” Stripped of this additional layer, The Good Dinosaur feels less like a Pixar movie and more like … well, a Disney one. (It’s probably worth noting that there were uncharacteristic difficulties during production: The film was originally intended for release two years ago, and the original director, Bob Peterson, was taken off the project midway through.)

Again, though the tale is slender, the execution is strong. The conceit of the film is that it takes place in an alternative world in which the extinction-event asteroid that hit the Earth 66 million years ago instead passed us by harmlessly. The dinosaurs thrived and developed intelligence, language, and a rudimentary culture in which the herbivores became farmers and the carnivores became ranchers. The more recent mammalian arrivals, meanwhile, remain thoroughly undomesticated “critters.” (Arlo’s companion, the quadrupedal dog-boy “Spot,” is one of the chief pleasures of the movie.)

To paraphrase Voltaire: If Monument Valley didn’t exist, Pixar would have had to invent it.

A number of Arlo and Spot’s encounters on the long trek home are memorable ones. There’s a styracosaurus—voiced by Peter Sohn, who ultimately directed the film—who keeps a menagerie of animals perched on his horns to protect him from threats both physical (other critters) and emotional (“unrealistic goals”). There’s a flock of pterodactyls (the lead one voiced by Steve Zahn) who are not as they first appear. And there’s a family of T-Rex ranchers who need help with their herd. (The chief joke here, vocal-casting Sam Elliott as a leathery old cowpoke, is perhaps a bit too obvious.)

The visuals are a consistent treat—at least with the exception of Arlo himself, who is rather too much of a cartoon. The rushing river into which Arlo and Spot tumble more than once is a marvel, as are a swarm of igniting green fireflies and a scene in which pterodactyl crests poke down out of the clouds like inverted shark fins. The moment in which Arlo and the pre-verbal Spot try to explain to one another the fates of their respective families hits its emotional notes precisely. And perhaps best of all are the wonderfully detailed and textured landscapes of the Old—as in really, really old—American West. To paraphrase Voltaire: If Monument Valley didn’t exist, Pixar would have had to invent it.

The Good Dinosaur is a better movie overall than recent Pixar misfires such as Cars 2 and Monsters University. But its pronounced lack of ambition is nonetheless a tremendous disappointment. A small herd making its way across the prehistoric plains, pushing through obstacles and learning lessons about themselves in the process? That’s what one expects from The Croods or the Ice Age movies. I, for one, still expect more from Pixar. 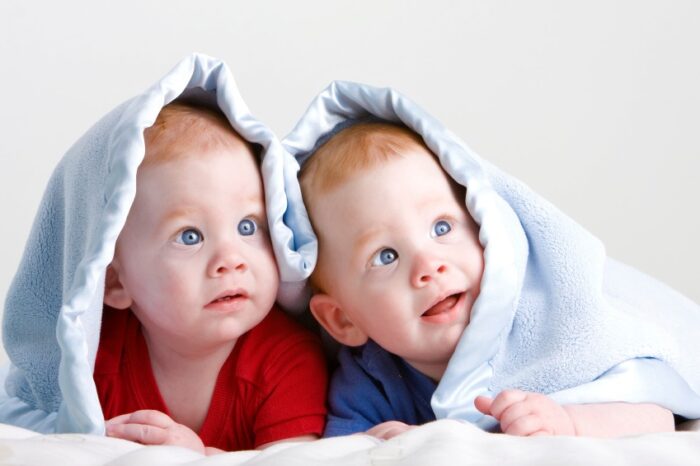 10 Unexpected Perks of Being a New Parent of Twins