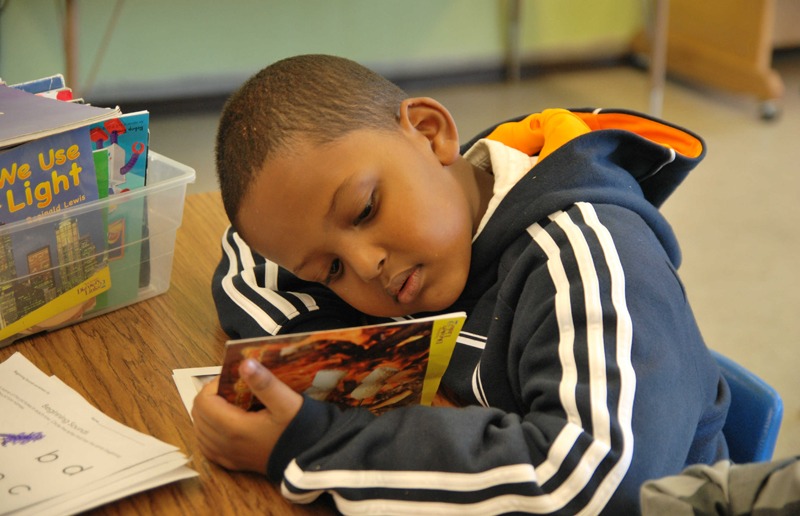 If you’re worried that “new media” is turning our kids’ brains to mush, you are in good company. Socrates felt the same way.

More than 2,400 years ago, the great Greek philosopher worried that an over-dependence on what was then an emerging media — the written word — would ruin young Greeks’ memories, replacing the depth of knowledge that came from memorized recitations with the shallow satisfactions of reading and forgetting what one had just read.

A new book suggests that such broad generalizations don’t capture what happens when children have access to new media. In Tap, Click, Read: Growing Readers in a World of Screens, Lisa Guernsey and Michael H. Levine challenge even the basic idea that “screen time” is a helpful measure, since what’s on the screen, they say, matters more than whether the screen is on.

Guernsey is a former New York Times reporter who now directs the Early Education Initiative and the Learning Technologies Project at New America, the Washington, D.C., think tank. Levine is a child development and policy expert and the founding director of the Joan Ganz Cooney Center at Sesame Workshop in New York City.

The duo tackle a fraught question: Is technology hampering children’s reading? They hold out hope that technology and reading don’t have to be “in opposition to each other.” Can all that screen media serve the long, difficult task of getting children to read and think deeply and enjoy reading?

The authors take an exhaustive look at research on the topic as well as emerging practices in education. They come away with a few surprising findings.

“It’s not a foregone conclusion that TV or screen-based technology is holding children back or making them lousy readers,” they write. “It is not a sure thing that watching replaces reading.”

Levine, for instance, studied Hispanic families and found that they weren’t concerned about “screen time” as a barrier to literacy. They actually saw it as “a gateway for helping themselves and their children succeed in America.” The problem, Levine and his team found, was inadequate access to high-speed Internet and a dearth of learning-oriented media in Spanish. Screen time? Not so much.

Before we dismiss screens altogether, they say, we should have a few uncomfortable conversations with ourselves. For one thing, we should look at how adults use screens. This could have a bigger impact on literacy and language development than anything else, yet it has gotten little attention.

They highlight a 2013 study in which researchers essentially spied on 55 families in Boston-area fast food restaurants. The researchers found that 40 of the parents and caregivers used mobile devices during meals. Sixteen used the devices “almost continuously throughout the meal, eating and talking while looking at the device or only putting it down briefly to engage in other activities.”

When they did talk, the researchers found, many caregivers “barked stern orders at their children to be quiet and finish their food.” In one case, a young girl sat stabbing her food container with a fork while looking at her mother, who barely looked up except to scold the child.

The message is clear: if we’re worried about our kids’ screen habits, we should examine our own.

Adults can’t let themselves off the hook. On the one hand, we can’t simply rely on screens to occupy our children. On the other hand, we can’t simply stand in the doorway and complain about how screens are deadening our kids’ minds. We have a responsibility to understand what’s happening on screens, the authors say, get involved in our kids’ media lives and spend time with kids and their devices.

The book’s basic idea — that children’s relationship with electronic media is more complex than we think — is actually half a century old. In 1966, Cooney, then a documentary television producer, began the research that led to the use of TV as an educational tool.

For its time, the idea was revolutionary. Five years earlier, FCC Chairman Newton Minow had famously written off most TV programming as a “vast wasteland,” but Cooney saw that children learned from TV, with or without appropriate programming. The key, she said, was what was on the device. Her research led to the development of Sesame Street, but Guernsey and Levine point out that many critics fail to grasp this: Cooney’s focus was as much on how families digested the show together — so-called “co-viewing” — as how individual children did.

Her research team, they say, studied the role of parents in helping children learn from the show. In a sense, parents who let their kids watch it in isolation, without singing together, laughing and talking about Cookie Monster, Grover and dancing numbers and letters, weren’t getting its full benefits.

The new book focuses on young children up to age 8, a generation that has struggled to become literate even though they’ve been “born into a world in which smartphones, touchscreen tablets, and on-demand video are nearly ubiquitous,” as the authors say.

In essence, the USA is facing a “quiet crisis.” An alarming number of children never become good readers. Some, they note, never really learn to read at all. According to the National Assessment of Educational Progress (NAEP), federal report that appears every two years, more than two-thirds of U.S. fourth graders are not reading at a “proficient” level — and the results are essentially flat over the past generation.

What’s the problem? Guernsey and Levine start with a few obvious culprits: unequal access to early learning and spotty funding — the federal Head Start program only serves about half of eligible children — as well as weak teacher training. They note that many school districts get by with a “hodgepodge of approaches, zig-zagging between fads and switching curricula from year to year.” Experts even see teachers pressured to drill young children on the ABCs and phonics — clearly without good research behind it.

But they also admit that screen media “is the elephant in the room” that must be faced if we’re to take a good, long look at kids’ reading problems. The book, they say, isn’t about how digital media and new technology will “rescue schools and save the world.” But it’s also not about how those technologies are destroying the chance of raising the next generation of readers.
It presents a “third way” that they hope will start a more informed debate about technology.

Appropriately, the book and a companion website are multimedia endeavors with videos and interactives — the print book includes URLs to the interactives.

The results showed big gains in reading time with the app, but researchers are still analyzing whether parents who got the messages, as well as recognition each week for their efforts, read more.

The book’s release this fall also coincides with a historic shift in guidelines on screen media from the American Academy of Pediatrics, which has moved away from a blanket prohibition on electronic screens for young children, to a more nuanced approach — it acknowledges that devices like iPads and smartphones can be beneficial when parents take an active role instead of relying on them as electronic babysitters.

The new guidelines, Levine said, are “more in tune with the realities and challenges of modern family life.” 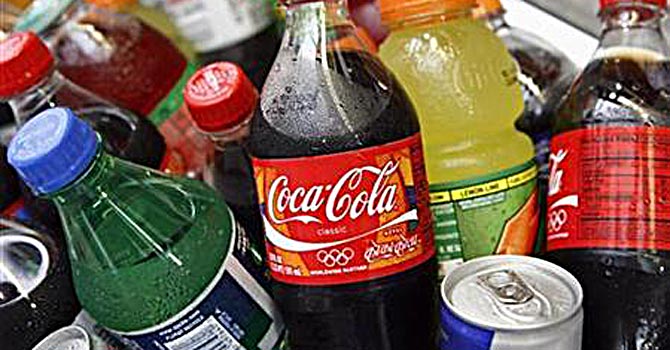 If we fail to tax sugary drinks, we fail our poorest children