My Children or Syria’s Children? 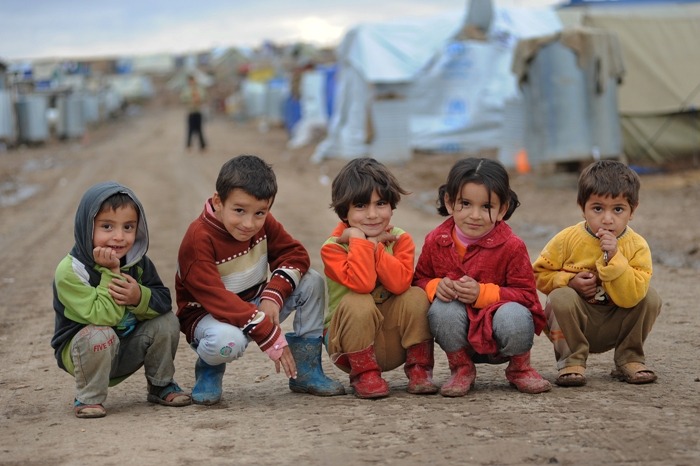 The next day I found myself in a respectful conversation about the matter–on Facebook. (Yes, miracles are possible.) During that discussion, my conversation partner articulated the closest thing to a biblical or moral argument that I’ve found. I’m paraphrasing and elaborating slightly, but it went something like this:

Jesus calls us to help the needy, and refugees certainly fit that description. Sometimes that help costs us something–I get that. If there’s an increased risk in welcoming a large number of Syrian refugees to our shores, I’d be willing to take on that sacrifice and risk in order to do what Jesus asks us to do.

But as a parent, I have a responsibility to my child to keep him safe. His life has been entrusted to me, and one of my primary jobs is to care for him. Maybe some day he will be willing to risk his safety for the sake of others, but he’s too young to make that choice, so it’s my job to protect him.

Let’s assume that my Facebook acquaintance is being sincere, and if it were just a matter of his personal safety rather than his child’s, he would be willing to open the doors to refugees.

Let’s also set aside the question of whether keeping refugees off our shores will in fact keep Americans safer. That’s an important question, but it’s a tactical one rather than a moral one. (For what it’s worth, I’m fully unconvinced that closed borders will protect us. “By making Syrian refugees the enemy, we are playing into [ISIS’s] hands,” wrote Madeleine Albright this week. And a destabilized population makes a great recruiting ground for terrorism.)

Setting those things aside, what do we make of this moral argument, that we must protect the children within our own family first and foremost?

On one level, my friend’s position is admirable. My faith tradition talks a lot about stewardship–the idea that God has given us the task and responsibility to care for the people and resources entrusted to us. Here’s a dad who takes his job seriously–and sadly, we know too many children are abused and neglected by parents who can’t or won’t protect the vulnerable ones in their care.

But as a follower of Jesus, and looking through the lens of scripture, I see a number of problems with this argument.

1. Jesus didn’t care much for “family” the way we define it. “Charity begins at home,” some people say when asked to help people outside their immediate sphere. The problem is, it’s nowhere in the Bible. In fact, I can’t find much in the gospel to support taking care of the ones closest to us to the exclusion of others. Jesus doesn’t mince words about this, telling his followers: “Whoever comes to me and does not hate father and mother, wife and children, brothers and sisters, yes, and even life itself, cannot be my disciple. Whoever does not carry the cross and follow me cannot be my disciple.” (Luke 14:26-27) In his own iconoclastic way, Jesus reminds us that our ultimate allegiance is not to the nuclear family, no matter how much we may love the people in it. A Christian’s ultimate allegiance is to the Way of Jesus: to feed the hungry, to welcome the stranger, and to love our neighbor as ourselves. And if the warm ties of family get in the way of those values, we need to examine our priorities.

2. It is our responsibility not just to protect children, but to teach them right and wrong.
In my tradition, we baptize babies and children. When we do this, we make promises on their behalf, to show them what it means to be a follower of Jesus so that someday they can make a decision for themselves whether they feel called to be a Christian. In baptism, we’re also reminded that our children don’t belong just to us. We are called to care for them and to steward their young lives, but they belong to the whole family of God, who in turn promise to teach and guide them as well.

If we take these baptismal vows seriously, then our children are inevitably wrapped up in the decisions we make about discipleship. If taking in refugees is morally the right thing for us, how can it not be morally right for them? While our children need our protection, they also need to learn resilience and courage. Our children cannot be sheltered from the risks of faith–not if we want them to grow into people who practice justice and mercy.

3. God works through the faithfulness of young people. There is no minimum age for doing the right thing. Scripture is full of stories of courageous young people who were part of the sacred story: David, Jeremiah, Mary, even the unnamed boy whose picnic lunch lunch was a catalyst for 5,000 people being fed. Our children are capable of great moral bravery, if we give them the chance to exercise it.

Put more bluntly: if you’re going to turn away refugees seeking asylum, don’t do it in the name of my children. I’ve asked them, and they would not want that. 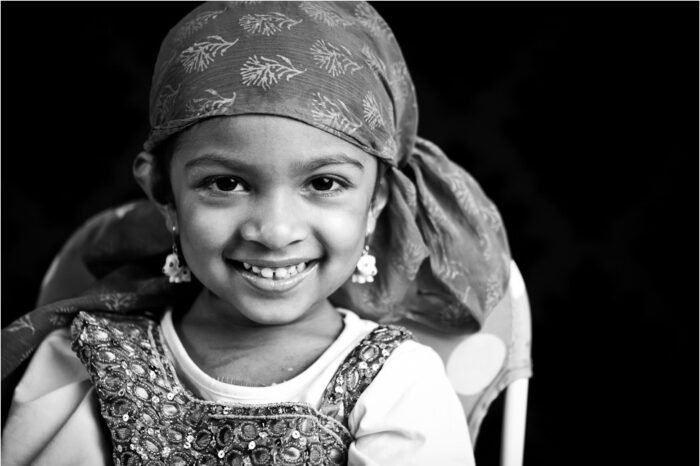