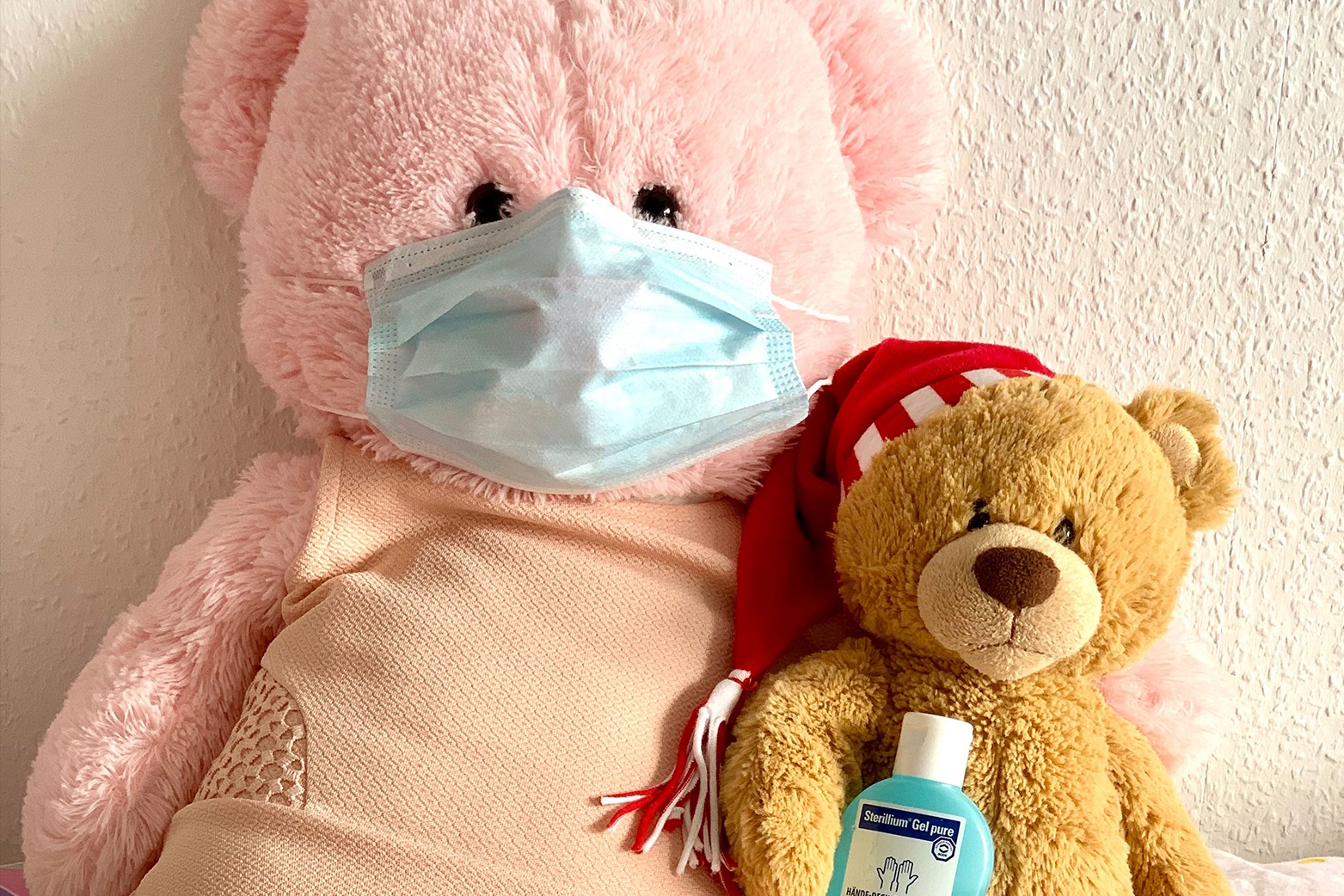 Experts said the new data suggest that cases could soar in many U.S. communities if schools reopen soon.

Among the most important unanswered questions about Covid-19 is this: What role do children play in keeping the pandemic going?

Fewer children seem to get infected by the coronavirus than adults, and most of those who do have mild symptoms, if any. But do they pass the virus on to adults and continue the chain of transmission?

The answer is key to deciding whether and when to reopen schools, a step that President Trump urged states to consider before the summer.

Two new studies offer compelling evidence that children can transmit the virus. Neither proved it, but the evidence was strong enough to suggest that schools should be kept closed for now, many epidemiologists who were not involved in the research said.

Many other countries, including Israel, Finland, France, Germany, the Netherlands and the United Kingdom have all either reopened schools or are considering doing so in the next few weeks.

In some of those countries, the rate of community transmission is low enough to take the risk. But in others, including the United States, reopening schools may nudge the epidemic’s reproduction number — the number of new infections estimated to stem from a single case, commonly referred to as R0 — to dangerous levels, epidemiologists warned after reviewing the results from the new studies.

In one study, published last week in the journal Science, a team analyzed data from two cities in China — Wuhan, where the virus first emerged, and Shanghai — and found that children were about a third as susceptible to coronavirus infection as adults were. But when schools were open, they found, children had about three times as many contacts as adults, and three times as many opportunities to become infected, essentially evening out their risk.

Based on their data, the researchers estimated that closing schools is not enough on its own to stop an outbreak, but it can reduce the surge by about 40 to 60 percent and slow the epidemic’s course.

“My simulation shows that yes, if you reopen the schools, you’ll see a big increase in the reproduction number, which is exactly what you don’t want,” said Marco Ajelli, a mathematical epidemiologist who did the work while at the Bruno Kessler Foundation in Trento, Italy.

The second study, by a group of German researchers, was more straightforward. The team tested children and adults and found that children who test positive harbor just as much virus as adults do — sometimes more — and so, presumably, are just as infectious.

“Are any of these studies definitive? The answer is ‘No, of course not,’” said Jeffrey Shaman, an epidemiologist at Columbia University who was not involved in either study. But, he said, “to open schools because of some uninvestigated notion that children aren’t really involved in this, that would be a very foolish thing.”

The German study was led by Christian Drosten, a virologist who has ascended to something like celebrity status in recent months for his candid and clear commentary on the pandemic. Dr. Drosten leads a large virology lab in Berlin that has tested about 60,000 people for the coronavirus. Consistent with other studies, he and his colleagues found many more infected adults than children.

The team also analyzed a group of 47 infected children between ages 1 and 11. Fifteen of them had an underlying condition or were hospitalized, but the remaining were mostly free of symptoms. The children who were asymptomatic had viral loads that were just as high or higher than the symptomatic children or adults.

“In this cloud of children, there are these few children that have a virus concentration that is sky-high,” Dr. Drosten said.

He noted that there is a significant body of work suggesting that a person’s viral load tracks closely with their infectiousness. “So I’m a bit reluctant to happily recommend to politicians that we can now reopen day cares and schools.”

Dr. Drosten said he posted his study on his lab’s website ahead of its peer review because of the ongoing discussion about schools in Germany.

Many statisticians contacted him via Twitter suggesting one or another more sophisticated analysis. His team applied the suggestions, Dr. Drosten said, and even invited one of the statisticians to collaborate.

“But the message of the paper is really unchanged by any type of more sophisticated statistical analysis,” he said. For the United States to even consider reopening schools, he said, “I think it’s way too early.”

In the China study, the researchers created a contact matrix of 636 people in Wuhan and 557 people in Shanghai. They called each of these people and asked them to recall everyone they’d had contact with the day before the call.

They defined a contact as either an in-person conversation involving three or more words or physical touch such as a handshake, and asked for the age of each contact as well as the relationship to the survey participant.

Comparing the lockdown with a baseline survey from Shanghai in 2018, they found that the number of contacts during the lockdown decreased by about a factor of seven in Wuhan and eight in Shanghai.

“There was a huge decrease in the number of contacts,” Dr. Ajelli said. “In both of those places, that explains why the epidemic came under control.”

The researchers also had access to a rich data set from Hunan province’s Center for Disease Control and Prevention. Officials in the province traced 7,000 contacts of 137 confirmed cases, observed them over 14 days and tested them for coronavirus infection. They had information not just for people who became ill, but for those who became infected and remained asymptomatic, and for anyone who remained virus-free.

Data from hospitals or from households tend to focus only on people who are symptomatic or severely ill, Dr. Ajelli noted. “This kind of data is better.”

The researchers stratified the data from these contacts by age and found that children between the ages of 0 and 14 years are about a third less susceptible to coronavirus infection than those ages 15 to 64, and adults 65 or older are more susceptible by about 50 percent.

They also estimated that closing schools can lower the reproduction number — again, the estimate of the number of infections tied to a single case — by about 0.3; an epidemic starts to grow exponentially once this metric tops 1.

In many parts of the United States, the number is already hovering around 0.8, Dr. Ajelli said. “If you’re so close to the threshold, an addition of 0.3 can be devastating.”

However, some other experts noted that keeping schools closed indefinitely is not just impractical, but may do lasting harm to children.

Jennifer Nuzzo, an epidemiologist at Johns Hopkins University’s Bloomberg School of Public Health, said the decision to reopen schools cannot be made based solely on trying to prevent transmission.

“I think we have to take a holistic view of the impact of school closures on kids and our families,” Dr. Nuzzo said. “I do worry at some point, the accumulated harms from the measures may exceed the harm to the kids from the virus.”

E-learning approaches may temporarily provide children with a routine, “but any parent will tell you it’s not really learning,” she said. Children are known to backslide during the summer months, and adding several more months to that might permanently hurt them, and particularly those who are already struggling.

Children also need the social aspects of school, and for some children, home may not even be a safe place, she said.

“I’m not saying we need to absolutely rip off the Band-aid and reopen schools tomorrow,” she said, “but we have to consider these other endpoints.”

Dr. Nuzzo also pointed to a study in the Netherlands, conducted by the Dutch government, which concluded that “patients under 20 years play a much smaller role in the spread than adults and the elderly.”

But other experts said that study was not well designed because it looked at household transmission. Unless the scientists deliberately tested everyone, they would have noticed and tested only more severe infections — which tend to be among adults, said Bill Hanage, an epidemiologist at the Harvard T.H. Chan School of Public Health.

“Assumptions that children are not involved in the epidemiology, because they do not have severe illness, are exactly the kind of assumption that you really, really need to question in the face of a pandemic,” Dr. Hanage said. “Because if it’s wrong, it has really pretty disastrous consequences.”

A new study by the National Institutes of Health may help provide more information to guide decisions in the United States. The project, called Heros, will follow 6,000 people from 2,000 families and collect information on which children get infected with the virus and whether they pass it on to other family members.

The experts all agreed on one thing: that governments should hold active discussions on what reopening schools looks like. Students could be scheduled to come to school on different days to reduce the number of people in the building at one time, for example; desks could be placed six feet apart; and schools could avoid having students gather in large groups.

Teachers with underlying health conditions or of advanced age should be allowed to opt out and given alternative jobs outside the classroom, if possible, Dr. Nuzzo said, and children with underlying conditions should continue to learn from home.

The leaders of the two new studies, Dr. Drosten and Dr. Ajelli, were both more circumspect, saying their role is merely to provide the data that governments can use to make policies.

“I’m somehow the bringer of the bad news but I can’t change the news,” Dr. Drosten said. “It’s in the data.”