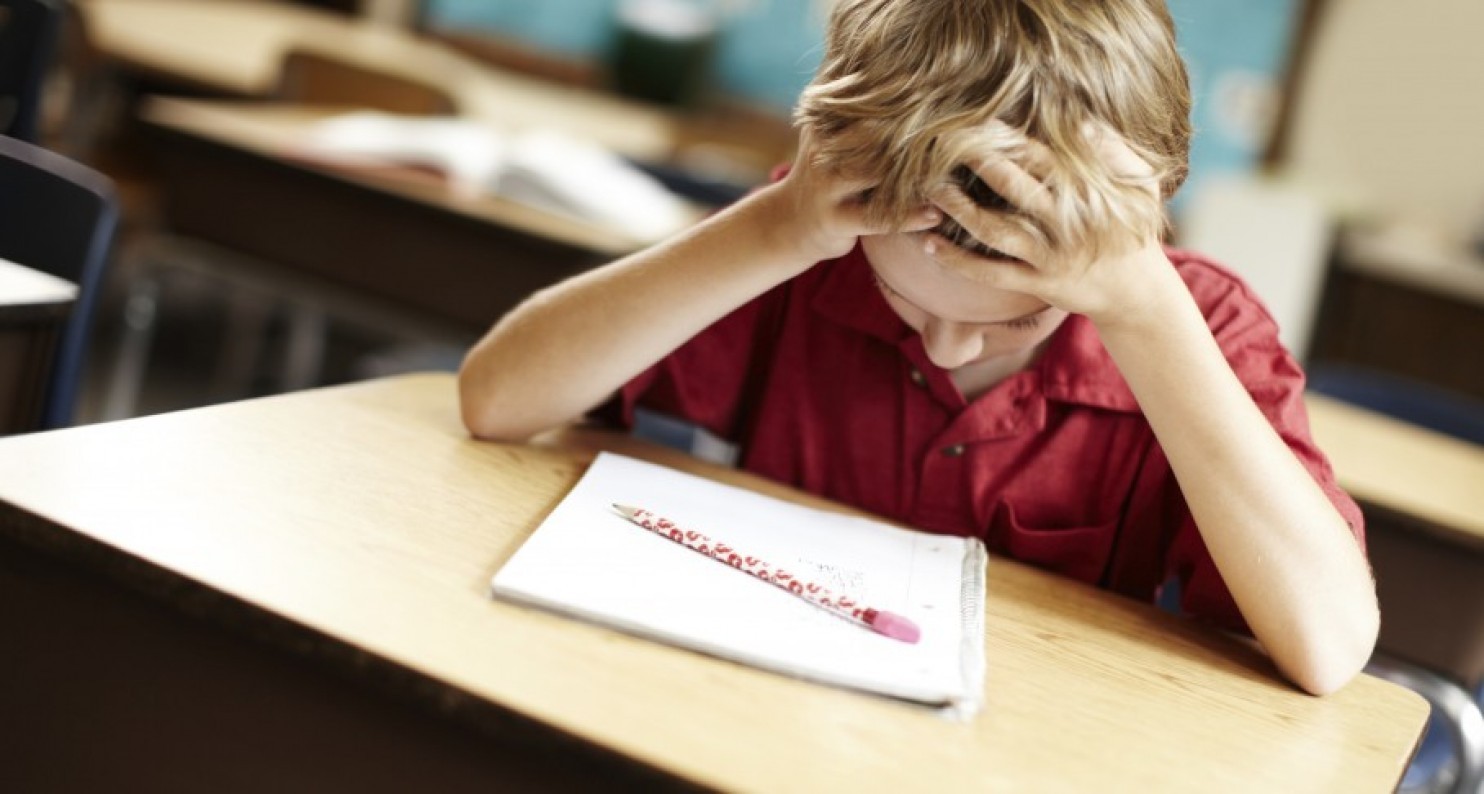 If you’ve ever plopped down on your bed exhausted after chasing around your inattentive and hyperactive kid all day and wondered with self-doubt — “Could it possibly be me?” — a new study gives some credence to your worst fears.

While scientists still haven’t determined the cause of Attention Deficit Hyperactivity Disorder and believe it is a mix of genetic and environmental factors, there’s a new theory about why the symptoms seem to go away in some kids but not in others. It has to do with Mom and Dad.

Erica Musser, an assistant professor of psychology at Florida International University, and her colleagues studied 515 families with children with and without ADHD, ages 7 to 11 when the study began. Of those with ADHD, 69 percent were male, 79 percent were white and 75 percent lived in two-parent households. About 30 percent had the inattentive type of ADHD and 70 percent the combined inattentive hyperactive type, a breakdown that is similar to that in the overall population.

The study, which was funded by the National Institute of Mental Health, aimed to try to provide some insight into the perplexing question of why the trajectory of kids with ADHD seems to diverge during the teenage years. About half of kids with ADHD see their symptoms drop off at that time, while the other half do not. Previous studies have also shown that about a fourth of teens lose their diagnosis by the time they reach young adulthood. For those whose symptoms persist, the consequences can be serious and include drug abuse and addiction, school dropout, criminality and antisocial behavior

In order to characterize a parent’s relationship with a child, the researchers used what’s known as a five minute speech sample. Parents were asked in a very open-ended way to “tell us about your child and relationship with your child” for an uninterrupted period of time. Those descriptions were recorded and researchers went back and assigned codes to various words, phrases and other patterns. A comment that “Charlie is a really bad kid. He’s always getting into trouble” would merit a higher score for being critical than, say, “Charlie sometimes does bad things.”

“The shift there is about talking about the behavior critically versus the child. This was one of the key aspects of the parent-child relationship that seemed to be affecting stability and change,” Musser said in an interview.

Parental emotional overinvolvement was noted if a parent did things like cry while talking with researchers, described the child and themselves as if they were one entity, expressed extreme self-sacrificing thoughts, how the child impacted their own self esteem, or indicated overprotectiveness.

This test was conducted twice, with one year in between.

The analysis of the data, published in the Journal of Abnormal Psychology this week, had some surprises. First, it showed that parental emotional overinvolvement did not seem to impact whether a child continued to have ADHD symptoms into the teenage years.

On the other hand, sustained critical parenting — which was defined as high levels of harsh, negative statements about the child at both measurements — appeared to be associated with the the continuance of ADHD symptoms. Musser said that this finding, if confirmed, could lead to new types of interventions that focus on family well-being as a way of treating the disorder, which impacts an estimated 6.4 million children in the United States.

“Knowing parents may be overly critical and be sending their child down a more negative trajectory can help them change their behavior,” Musser said.

The researchers also looked at severity of ADHD symptoms at the onset of the study and medication, as well as the presence of other conditions like anxiety and oppositional disorder, and did not see any of these factors impacting the overall trajectory.

They cautioned that because the study is observational there’s no way to definitively tell whether its the criticism that’s influencing ADHD symptoms or the other way around — with the ADHD symptoms influencing parent criticism. “It could be because of negative halo effects by parents who experience negative affect and see their child as highly hyperactive also,” they wrote.

Musser said another interesting aspect of the findings is that there were some children with critical parents who saw their ADHD symptoms decrease. That raises questions about why some children may be more resistant to parent criticism and others more susceptible. Is it temperament? Emotional self-regulation skills?

“If we can figure out that skill set,” she said, “we may sort of have a double-edged approach to going in and helping kids who have ADHD get on that better path.”