The Key to Improving Safety at Schools, Colleges and Hospitals 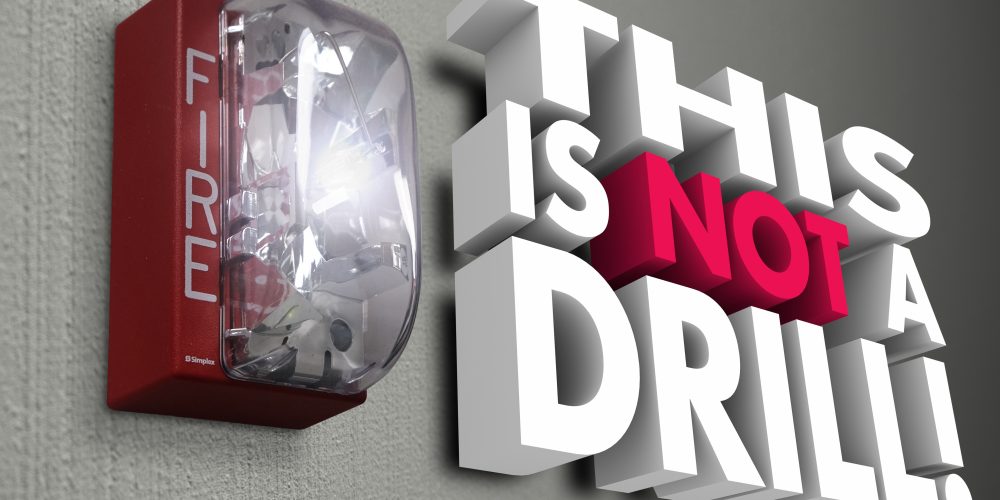 Safety and security have always been important to K-12, higher education and hospital administrators, but even greater responsibility is now being placed on campuses to provide on-site protection in the wake of an emergency. In response, many administrators are turning to technology.

For some that means implementing facial recognition technologies to identify visitors on campus or using digital fingerprinting systems so that teachers and parents can track students’ whereabouts in the event of an emergency. For healthcare facilities, a combination of video analytics and biometric and scanning technologies are helping to limit access to certain hospital areas and detect intruders faster.

Most importantly, colleges, schools and hospitals are exploring ways to better connect and communicate with local public safety agencies during emergencies. Recent incidents on school, college and medical campuses have shown that during an emergency, communications networks are flooded and first responders cannot cut through the commercial traffic to communicate. When every second counts, the ability to communicate with first responders is critical and can result in faster response and better outcomes for all involved.

FirstNet Supports a ‘Whole of Community’ Approach to Emergencies

As they tackle campus safety issues, many communities are turning to FirstNet, the nation’s only wireless broadband network dedicated to public safety.

FirstNet is designed for the public safety community — law enforcement, fire, emergency medical services, 911/dispatch and emergency management. But during a campus emergency, there are many others who are either involved in the incident, such as staff and administrators, or who may be called on to support first responders, including the public safety support personnel at schools, universities and hospitals. Get tips on integrating push-to-talk cellular into your campus radio system at this summer’s Campus Safety Conferences! Explore some of the benefits and challenges, and attend an in-depth review of the lessons learned from New Mexico State University PD’s early adopter project. Register at CampusSafetyConference.com or call 855-351-0927.

That is why many communities are adopting a “Whole of Community” approach to preparedness and response. Traditional first responders are engaging with secondary responders, such as public works, utilities, schools and hospitals, to plan and prepare for possible incidents. Together, they are working to identify risks, develop policies and procedures, and exercise those processes so they are better prepared to jointly handle emergencies. They are also exploring technologies, like FirstNet, that allow them to better communicate in the event of an emergency.

In support of the “Whole of Community” approach, FirstNet is available to an extended community of users, including universities, K-12 campuses and medical professionals. FirstNet’s extended primary users program guarantees that non-traditional public safety entities, such as school and hospital security officials as well as private sector responders, are able to use the network and seamlessly communicate with their traditional public safety counterparts during an incident. In the event of an emergency or its aftermath, extended primary users may be “uplifted” by primary users, giving them access to FirstNet’s unique features and functionalities.

Whether a traditional first responder or member of the extended primary user community, FirstNet subscribers can expect a vastly different experience when communicating over the network.

FirstNet improves interoperability. FirstNet is built with a dedicated public safety core—physical hardware that helps ensure subscribers can communicate seamlessly and securely, whenever and wherever they need to. In the event of an emergency, it is imperative for school, university or hospital security officials to communicate with public safety partners brought in from other jurisdictions. FirstNet not only enables this connection, but it helps first responders communicate and share vital information with campus security officials. Related: Texas City ISD Experiences FirstNet Benefits First-Hand

FirstNet is available during times of heavy network use. As recent campus shootings have shown, cellular networks become flooded as victims, relatives, media, and first responders compete to communicate during and after the incident. When networks are overloaded, they can disrupt communications for responding public safety agencies. With a dedicated “fast lane” for subscribers, FirstNet allows subscribers to stay connected during times of heavy congestion.

FirstNet is opening the door to data sharing. In the past, communications between first responders and campus staff members were largely limited to voice communications. FirstNet devices allow subscribers to share data-rich information, such as live video, over a secure, reliable network. The more information public safety officials have, the better they can respond to the situation.

FirstNet offers specialized apps. Subscribers can also access cutting-edge mobile applications that are specifically designed for campus safety. These apps are thoroughly vetted before they are added to the FirstNet App Catalog, ensuring they meet high standards of quality in areas such as data security, privacy and availability.

FirstNet is helping rural communities connect. Emergencies can happen anywhere. That’s why FirstNet’s founding legislation includes rural coverage requirements, ensuring that the network is available in underserved areas. Educational facilities and healthcare campuses in both urban settings and remote areas can rely on FirstNet to provide the coverage and capacity they need when they need it most.

Additionally, FirstNet provides subscribers with access to advanced technologies, tools and services during emergencies, such as:

Congress Created the FirstNet Authority in 2012

The origin of FirstNet can be traced back to the 9/11 attacks. In response to the communications challenges that first responders faced on that day, public safety advocated for a high-speed wireless broadband network exclusively for first responder communications. In 2012, Congress created the First Responder Network Authority (FirstNet Authority) and tasked it with ensuring the deployment, operation and maintenance of the nationwide public safety broadband network in all U.S. states and territories, including a focus on rural communities. FirstNet was designed to offer first responders a solution to congested commercial networks and the communications issues that often accompany major emergencies.

Following consultation and close coordination with the public safety community across the country, the FirstNet Authority released a request for proposal, which outlined the needs of public safety for the network. In 2017, the FirstNet Authority established a public-private partnership with AT&T to deploy FirstNet. Today, the network is one year into a five-year buildout of FirstNet-dedicated spectrum. While FirstNet’s footprint expands, AT&T is also deploying specialized network services and working to ensure the network provides a resilient, hardened connection for first responders.

Whether it is protecting campuses during weather events, helping campus security locate a missing person, or enabling data sharing between staff and administrators, FirstNet is keeping schools, institutions of higher education, hospitals and the larger community safe and secure, while also helping users leverage the most advanced technologies to meet their communication needs. 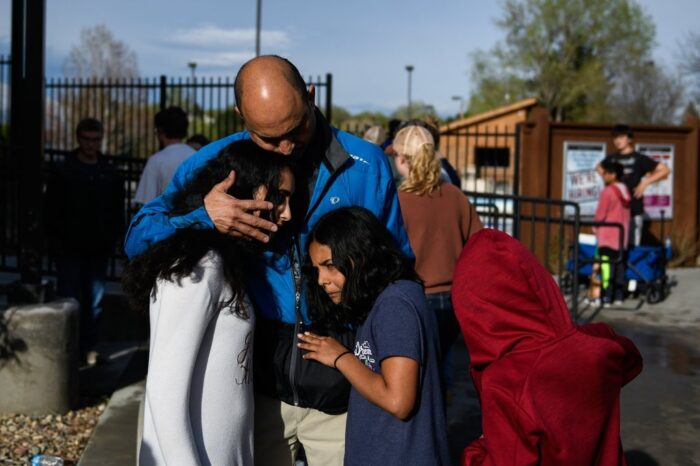