You Think Your Kid’s School Backpack Is Heavy? See What’s Going On In India! 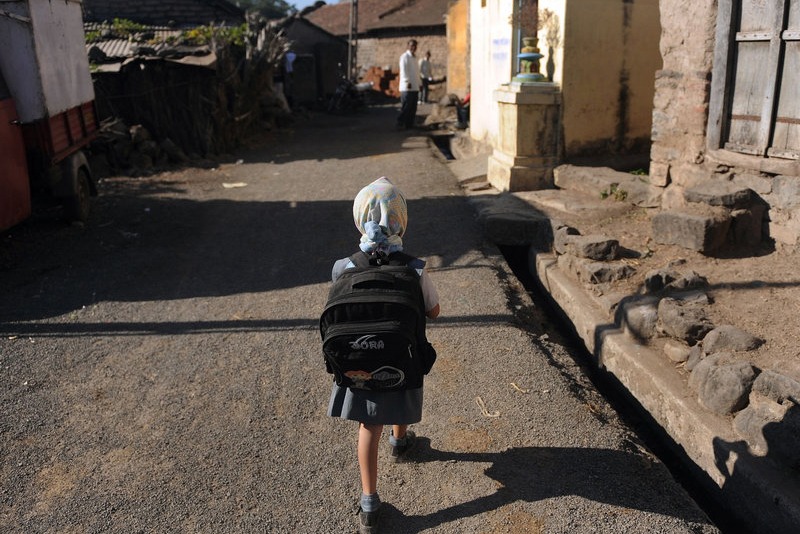 Imagine this — you’re going to school, and you hear that the government has banned homework. Wouldn’t that be the best day ever?

Well, it actually happened in India. The government said there would be no homework for students in grades one and two. The reason: heavy school bags.

Last November, the government announced new rules limiting the weight of school bags depending on a child’s age.

Students of grades one and two would be allowed to carry bags weighing only at most about 3 pounds. For pupils studying in grades three and four, the weight limit was 6.6 pounds. There are limits set up through grade 10, where the cap is 11 pounds.

But not every parent is convinced that the rules are working.

One afternoon in Mumbai, at the end of the school day, Swati Patil is waiting outside the building.

Patil is a parent — and a backpack activist. She pulls out a scale from her bag and places it on the ground. She’s here to weigh kids’ backpacks. Her first candidate is a shy seventh-grader wearing a red hairband. Patil asks the girl to step on the scale, first without her backpack. She weighs 31 kilos (about 68 pounds). But with her backpack … she’s at 37 kilos.

That means her backpack weighs 6 kilos – about 13 pounds. That’s a violation of the rules passed by the Indian government.

It’s not the only heavy backpack in school circles.

Vishnu Kumar Chheda, a fifth-grader who studies in Mumbai, feels very tired when he comes home from school every day.

“I’m not able to go outside to play cricket with my friends,” he says. “My back hurts a lot.”

The American Academy of Pediatrics says the weight of bags shouldn’t be more than 10 to 20 percent of the child’s weight. But a 2016 survey by an Indian trade association showed that 88 percent of 7-to-13-year-olds were carrying backpacks nearly half their body weight.

Studies have shown that carrying excessive loads can cause musculoskeletal disorders in kids.

“Sometimes these children develop a posture which can take two years to correct. We have to give them exercise to correct posture,” says Archik.

Indian lawmakers have been discussing the backpack burden for the past 30 years. In a parliamentary speech in 1989, novelist and lawmaker R.K. Narayan called for abolishing heavy school bags. He described how children “develop a stoop and hang their arms forward like a chimpanzee while walking.”

As Patil has found in her spot checks, the new rules aren’t always enforced.

“Imagine an inspector catching a class 3 student’s bag weighing more than 2.3 kg [about 5 pounds]. The headmistress will perhaps empty the child’s water bottle or throw the lunchbox out to bring the bag within the prescribed limit,” Krishna Kumar, former director of the National Council of Educational Research and Training, wrote in an op-ed piece.

The government’s decisions are not implemented, Kumar states in an email to NPR. There’s a “gap between central and state [government] policies,” he adds.

Patil says she has interviewed school principals and parents who weren’t even aware of the rules.

“The rules are just on paper,” she says.

A Mumbai-based homemaker and social activist, Patil started a campaign against heavy school bags a few years ago when she found out that her skinny sixth-grade son was carrying 15 pounds on his back.

“As a mother, I was really worried,” Patil says.

In 2015, she filed a petition in a Mumbai court demanding that the government take action to reduce the weight of backpacks. The court ordered authorities in the state of Maharashtra, where Mumbai is located, to take necessary steps. But based on random checks of backpack weights, Patil believes that backpacks are still too heavy.She plans to file a fresh petition in India’s Supreme Court in September.

“Now they have books with additional material, additional worksheets. For them, the more they publish, the more the price shoots up,” says Joseph. “They forget that this is all adding on to the weight.”

Also, most of the content is in the form of physical books. Joseph says e-learning has still not become an integral part of Indian schools.

Nine-year-old Chheda, who used to live in Columbus, Ohio, before he moved to Mumbai this year, says back in the United States at least some of his study material was on an iPad. So his backpack used to be much lighter than the 22 pounds he now carries. But at his posh private school in Mumbai, “we have textbooks, a lot, a lot of textbooks,” he says.

That could be changing. The Indian government has announced several new initiatives to boost digital learning, including 900,000 digital blackboards in schools across the country. Some state governments have also looked into replacing textbooks with tablets or Amazon Kindles. The online education market in India is expected to be worth nearly $2 billion by 2021.

In the future, when digital learning becomes mainstream, maybe the burden on kids’ backs will be reduced. But some Indian educators don’t want to wait that long. They’ve come up with creative, low-tech solutions. Like cutting up textbooks into monthly chapters so that students carry only the material they’re going to need that month.

Or how about a pickup and drop-off service for backpacks?A few years ago, a school in the southern Indian state of Kerala started sending a van to students’ homes to collect their bags. For those fortunate youngsters, walking to school is no longer a pain in the back. 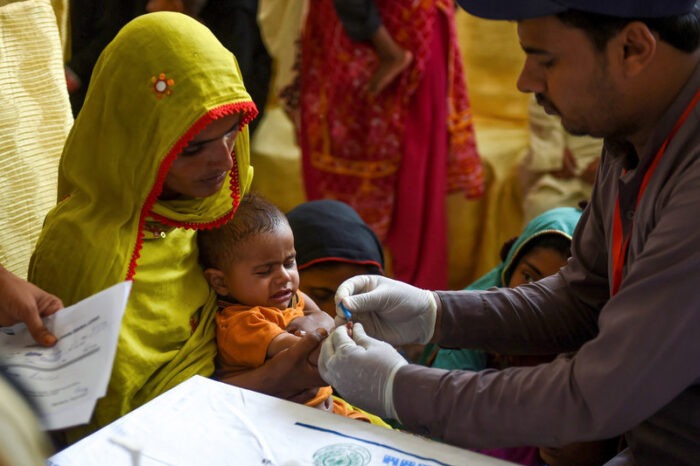 Whatever Happened To ... The 494 Children Who Got HIV In 1 Pakistani City?