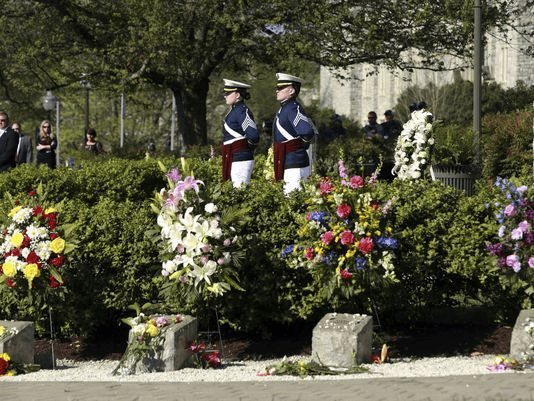 Ten years ago, Colin Goddard called 911 to alert police of a shooting taking place at Virginia Tech. Now, he is returning to the Blackburg, VA campus with his family in hopes to find some good in the families who share his experience. USA TODAY

Members of the Virginia Tech Corps of Cadets stand at attention on the Virginia Tech campus in Blacksburg, Va,. on, April 16, 2017, during a 10th anniversary observance of a mass shooting that killed 32.(Photo: Matt Gentry, The Roanoke Times via AP)

Ten years after a stunning rampage on the Virginia Tech campus, family and friends of those slain returned to the school in the rolling hills of Blacksburg on Sunday for a Day of Remembrance.

A ceremonial candle was lit just after midnight for the 32 students and faculty who were gunned down by a mentally ill student in the deadliest school shooting in U.S. history. Members of the Virginia Tech Corps of Cadets stood guard for 32 minutes, and the names of the victims were read as Taps echoed in the background.

“So many of us will never forget where we were on April 16, 2007. 10 years later, we remember the victims, survivors & heroes,”  Sen. Tim Kaine, D-Va., who was governor at the time of the shooting, tweeted Sunday morning.

In a speech Sunday afternoon to honor the victims, Kaine said the day remains “the worst day of my life.

Kaine, who said he has kept in touch with those who lost loved ones, recalled speaking with families as he was leaving the governor’s mansion in 2010.

“I remember saying to them, I’ll never understand what you lost, because I never lost a child, a spouse, a parent or a sibling,” he said. “But as somebody who has grown to know the biographies and stories of each of these 32, I begin to have a sense of what the Commonwealth lost, what the country lost, what the world lost on April 16, 2007.”

A student volunteer group called Hokies United placed 32 Hokie Stones on the school’s Drillfield in the bleak hours after the shooting. It was a poignant display that developed into a permanent memorial, and the Blacksburg campus soon became a symbol of resilience and recovery.

In the days leading up to the anniversary this year, emotions swirled as current students planned the events.

“There’s a mood of remembrance and reflection on the campus right now,” said Mark Owczarski, a Virginia Tech spokesperson. “It’s on everyone’s minds.”

Owczarski said the university was expecting the largest turnout of alumni, students and community members since 2007 to return to the campus. “Ten years is an important designation and commemoration of time,” he said. “It’s a big marker of time for people to go back and reflect, and that’s really the whole focus of what we’re doing.”

At 11:59 p.m. Sunday, the ceremonial candle was to be extinguished and the light carried back into Burruss Hall — an act representing a commitment to never forget, the university said.

Also on display at the campus: condolence items from other colleges and universities and some of the 90,000 remembrance gifts sent from people around the world in 2007. 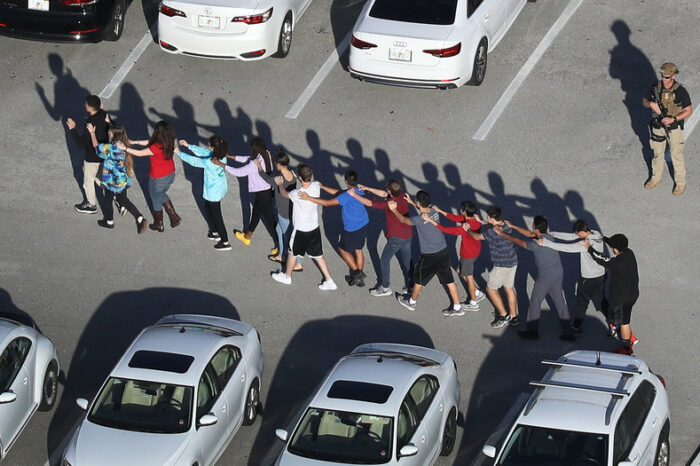 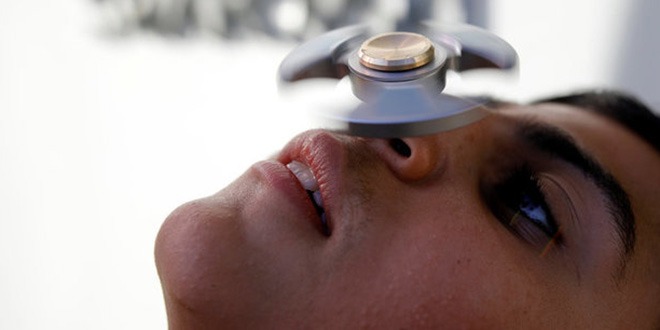